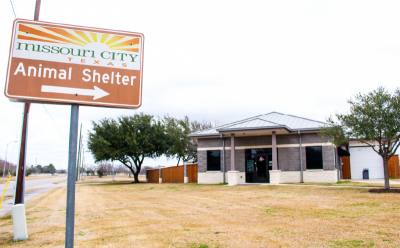 Missouri City staff shared that an updated policy and procedures manual for the city’s animal shelter will be finalized by the end of February.

The city faced backlash in December from volunteers over several issues regarding its Animal Services Department, concerning prescription drugs and controlled substances, untimely treatment administration for animals and lack of proper staffing.

City Manager Anthony Snipes said although the shelter’s quality of service may have been lacking in the past, officials are working to remedy the situation.

“In the vein of transparency, my team has admitted fault in a number of incidents, and we’re working to make sure that they do not occur again in our future because I feel that’s no place in what we’re trying to do, particularly since we care for these animals,” Snipes said.

As Missouri City reviews policies for the shelter and its municipal volunteer program, staff has consulted three outside agencies, including the Texas Board of Veterinary Medical Examiners, Public Works Director Shashi Kumar said.

TBVME Director of Enforcement Matthew West penned a letter, stating that allowing volunteers to medicate and treat the animals may be a legal violation.

“There is potential concern that volunteers may be seeking prescription medications from their personal veterinarians to treat shelter animals without the veterinarian establishing a valid [veterinarian-client-patient relationship],” he wrote.

Valerie Tolman, animal shelter volunteer and treasurer of local nonprofit Friends of Missouri City Animal Shelter, addressed City Council in an email Feb. 1, explaining the organization will no longer be paying for surgeries, veterinary bills or vaccinations as it had previously done.

“The Friends board of directors feels that it is foolish to continue financially supporting the organization that has been publically besmirching the reputation of the very citizens who have been working to help the animals these past 4 years,” she said.

Tolman said the organization will reconsider its position once City Council establishes a vision for the animal shelter to reflect the values of residents.

As part of the city’s efforts to reevaluate policies, staff has visited other shelters from neighboring cities for benchmark purposes, Kumar said.

“We’re looking at best management practices—what does the staff do, what are the normal accepted protocols in administering medications, what are the roles of the volunteers in these shelters,” he said.

Based on information collected from other cities and shelter intake levels, the projected cost to run the animal shelter without volunteer assistance is an estimated $575,000, which will pay for two new employees, basic vaccination, contracted veterinary services, heart worm testing and prevention measures, surgeries and procedures and shelter software, Kumar said.

City Council and staff will discuss more long-term plans regarding the shelter in future workshops and meetings, Kumar said.

“Positive changes are forthcoming in the coming months towards [providing quality care],” he said. “Our intent is to work in collaboration with the volunteers moving forward so we can enhance adoptions and keep our euthanasia rate low.”
SHARE THIS STORY