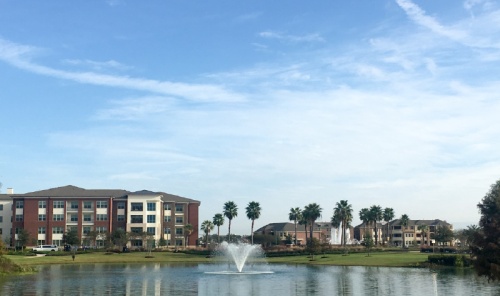 After four years of planning, Sugar Land City Council may consider updating the city’s Land Use Plan based on a plan recommendation with several stipulations that was approved by the planning and zoning commission in a 6-3 vote during a Nov. 14 meeting.

The Land Use Plan—meant to serve as a 20-25 year vision for Sugar Land—addresses maintaining existing developments, possible redevelopment and future developments. A key priority in the plan that has resulted in the most discussion involves setting a proposed citywide 12 percent overall cap on multifamily developments.

Topics addressed in the plan look at how the 7 percent of undeveloped land in Sugar Land and its extraterritorial jurisdiction—or nearby land the city has legal authority over—should be developed. Goals include maximizing value; retaining value as areas age; identifying redevelopment options; and remaining a regional destination to live, work, play and shop.

“The vision itself is a broad statement that touches on how the city will develop and redevelop to remain a desirable place to live and do business,” Kocich-Meyer said.

The suggested 12 percent cap on multifamily developments takes into consideration an average cap of 25 percent found in Sugar Land’s peer cities, such as Pearland, Missouri City, Round Rock and McKinney, Kocich-Meyer said. However, many peer cities do not have caps at all, she said.

“For the citywide caps, the commission feedback was that we heard 12 percent appeared to be too low and also appeared to be somewhat arbitrary in terms of the number itself,” Kocich-Meyer said. “There was a range of viewpoints that were represented on the Land Use Advisory Committee, and there was extensive discussion about this topic.”

“When you look at it, it’s almost for the elimination and prevention of multifamily,” Simeone said.

Additionally, commission member Sue Sanchez, who lived in an apartment when she first moved to Sugar Land, said she thinks the plan focuses too much on preserving single-family neighborhoods.

“[The Land Use Plan] talks about everything to protect the single-family neighborhoods,” Sanchez said. “We need to respect our rental citizens, and a lot of these are also the senior centers and facilities. Those are important people, and I don’t think we should diminish them.”

Taylor Landin, planning and zoning commission and Land Use Advisory Committee member, said he is in favor of implementing the 12 percent cap.

“I continue to support the document as written,” Landin said. “I think the way that we move forward related to redevelopment in this city is by having constructive conversations about how we actually do it.”

Should the 12 percent cap be approved, it could result in roughly 1,600 additional multifamily units over time, Kocich-Meyer said. However, it would also be possible that the city would never reach a 12 percent multifamily housing market, depending on when or what property developments are approved, she said.

“It would allow for some additional [units], but it wouldn’t necessarily be at the level of 25 percent that [the committee] felt ... would change the character of the city,” Kocich-Meyer said.

Long road to land use

Sugar Land’s Land Use Advisory Committee was formed in August 2013 to investigate land-use issues, participate in a community dialogue and the education process, develop plan recommendations, make recommendations for the City Council’s consideration and serve as advocates for the plan.

“We have people that spent 4 1/2 years—and I know [planning and zoning] spent several months—going through this,” Mayor Joe Zimmerman said. “We want to equal that effort.”

Some feedback included concerns for drainage and flooding—especially in light of Hurricane Harvey—redevelopment and the 12 percent multifamily development cap, Kocich-Meyer said.

Kathy Huebner, planning and zoning commission chairwoman, said she was against additional multifamily housing in the past but has since changed her tune.

As the Dec. 12 annexation of the Greatwood and New Territory communities approaches, Kocich-Meyer said the Land Use Plan supports and aligns with what is already built in these neighborhoods.

“Greatwood and New Territory are largely built out, meaning there isn’t much vacant land to develop,” she said.

“The document is a great document, with the exception that it just zoomed in on [multifamily development], and things got caught up in it,” Simeone said. “That limitation on the development will affect redevelopment.”

Roughly 85 percent of Sugar Land and its extraterritorial jurisdiction will not experience significant change, and less than 3 percent is identified as an area where redevelopment is desired, Kocich-Meyer said. The plan envelops 50 action items for the council’s approval with designations of high, moderate and low priority, she said.

Redevelopment areas would include aging retail centers, office areas and multifamily areas, Kocich-Meyer said. These spaces would be turned into mixed-use, walkable developments, she said.

“Redevelopment is critical to maintaining the long-term fiscal health of the city but must always be balanced and considerate of the impact on any adjacent single-family neighborhoods,” Kocich-Meyer said. “The plan promotes redevelopment that supports the goals of the city and is respectful of the surrounding community.”

Simeone said he feels the plan oversteps its boundaries when stating developments must be balanced and consider the effect on any adjacent single-family neighborhoods because that is why the planning and zoning commission is in place, he said.

“What Sugar Land is, in great part, is related to the [planning and zoning commissions] and the city councils that have gone before,” Simeone said. “We have a great city here [that is] extremely well-managed.”

Upon making the recommendation for the City Council’s approval, Huebner made a motion to present the plan with no multifamily development cap and no requirements for mixed-use developments in a multifamily building.

“I think this is a guiding document,” Huebner said. “I think having a cap and a percentage and a formula in there does move to making it regulatory. I think it should be guiding and not prescriptive.”

Council will further discuss the plan update during a Dec. 5 City Council meeting, and a public hearing for the update will be scheduled for early 2018.

“This has been a four-year effort,” Kocich-Meyer said. “It’s been based on listening to community input over those four years. We’ve had a wide variety of ways for people to engage and provide feedback and input through the process.”
SHARE THIS STORY