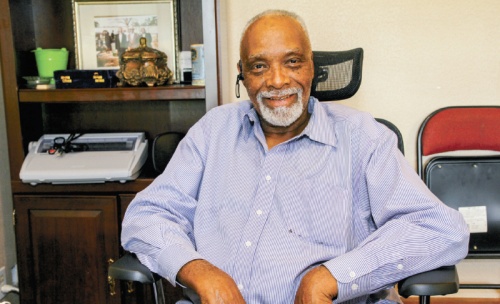 The owner of Missouri City Funeral Directors at Glen Park, M.C. Brock, has worked in funeral homes since age 11. His parents were close friends with a funeral director, Brock said. Each day after school, he spent a couple of hours there doing chores and odd jobs, such as cleaning up around the facility and washing the hearses.

“[The funeral director] and his brother were my mentors in this business,” Brock said. “Other kids were playing while I was at the funeral home
learning.”

Brock was 20 years old when he attended the Commonwealth College of Funeral Services in Houston, which has since been torn down, he said.

He touched his first dead body when he was 11, Brock said. He was 16 when he began assisting the director in the embalming process.

Brock and his family bought the funeral home around 2008.

In addition to coordinating funeral arrangements, Brock offers clients the option of having their loved ones embalmed, cremated and even transported overseas.

Although funerals are primarily for the living, the service should honor the dead, Brock said.

“It’s really showing that that person lived and what type of person they were,” he said, referring to one of the purposes a funeral can serve. “The people that come to the funeral, they’re showing their respects not only for the dead but also for that person’s survivors.”