Located outside the Missouri City Community Center, "3 Musicians" is a sculpture by David Adickes, whose work includes the Sam Houston statue on I-45 near Huntsville. (Claire Shoop/Community Impact Newspaper)

By the end of the year, the newly formed Missouri City Arts & Culture Commission will craft a public art plan—the document that will guide the future of art in the city, Parks & Recreation Director Jason Mangum said.

While Missouri City’s public art program is just ramping up, the city of Sugar Land is on year five of its public art plan that was drafted in 2016, said Suzanne Fernandez Gray, Sugar Land’s cultural arts manager.

In the last year, no new art projects were installed in Sugar Land due to the COVID-19 pandemic and the cultural arts manager position being vacant for two years, Gray said. However, new arts projects are coming in the next 18 months, said Gray, who has been with the city since January.

“The vision for the [public art] plan is to have public art that will beautify Sugar Land, strengthen community gathering places and build the city’s reputation as an arts and culture destination,” she said.

Missouri City’s public art collection includes three sculptures, a painting and a temporary art exhibit in the visitors center. Taft McWhorter was one of two artists behind Missouri City’s “Pursue your Passion” sculpture—a 20-foot-tall piece on Independence Boulevard between FM 1092 and Fifth Street. 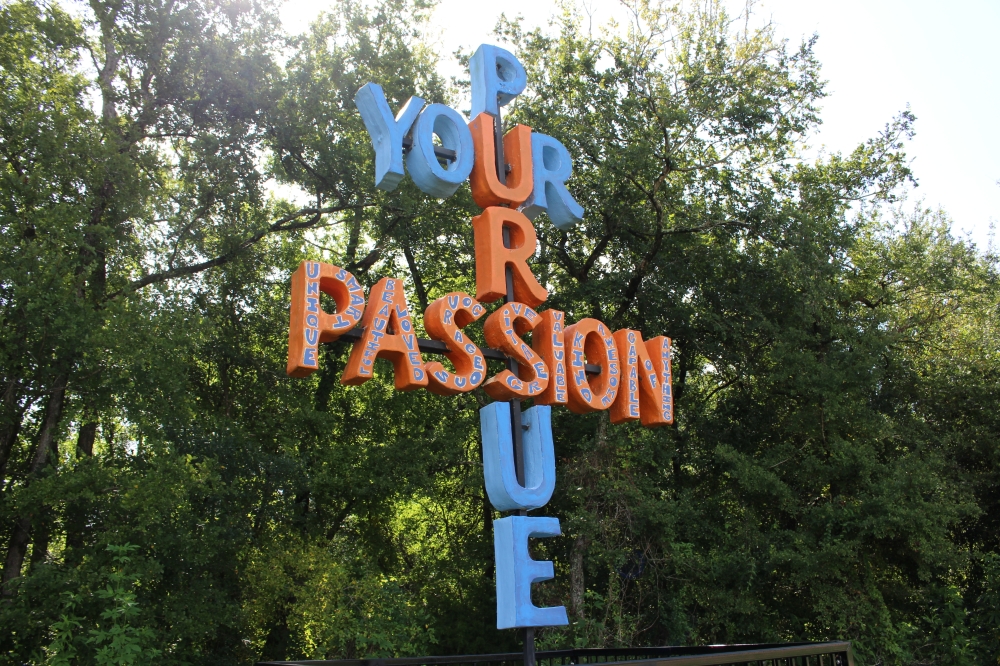 “Art draws people together and creates community and conversations that lead to healthiness,” McWhorter said. “I think of art almost like medicine for the soul.”

Mangum said because art is personal, it is something a lot of people have opinions on, which is why it was important to create an arts and culture commission to lead the Art in Public Places Program.

The commission, which was sworn in during the Aug. 2 City Council meeting, is composed of four community representatives, two art professionals and a curator with two open positions for design professionals.

In addition to forming the public art plan, Mangum said the committee will decide when new art will be brought to the city. The commission met for the first time Sept. 1.

“We recognize that we can’t do it all at once,” Mangum said. “So, we’re really going to let this newly formed commission help us with prioritization of what we’re going to do first and how we’re going to tackle it.”

For one project in Sugar Land, Gray said the city partnered with two national mental health nonprofits whose message, “It’s OK to not be OK” will be displayed on four murals in the city. One mural at Brazos River Park was dedicated Sept. 8. Another mural at Memorial Park will be installed sometime in September. The murals will have QR codes that take visitors to free mental health services on the city’s website.

“Public art can do so much for a community,” Gray said.

Gray said the benefits of a city having a public art program are numerous.

“Art’s like a fingerprint, and it really makes a place unique,” she said. “It demonstrates that a city values innovation and creativity, and also the quality of life for the people that live in the city.”

Sugar Land artist Charles Beyl said he was inspired by the city’s diversity and scenery for his mural “Sugar Land Fun,” located at the Imperial Park Recreation Center. As a children’s book illustrator, he said he hopes his cartoonish mural featuring local landmarks brings happiness to those who see it. 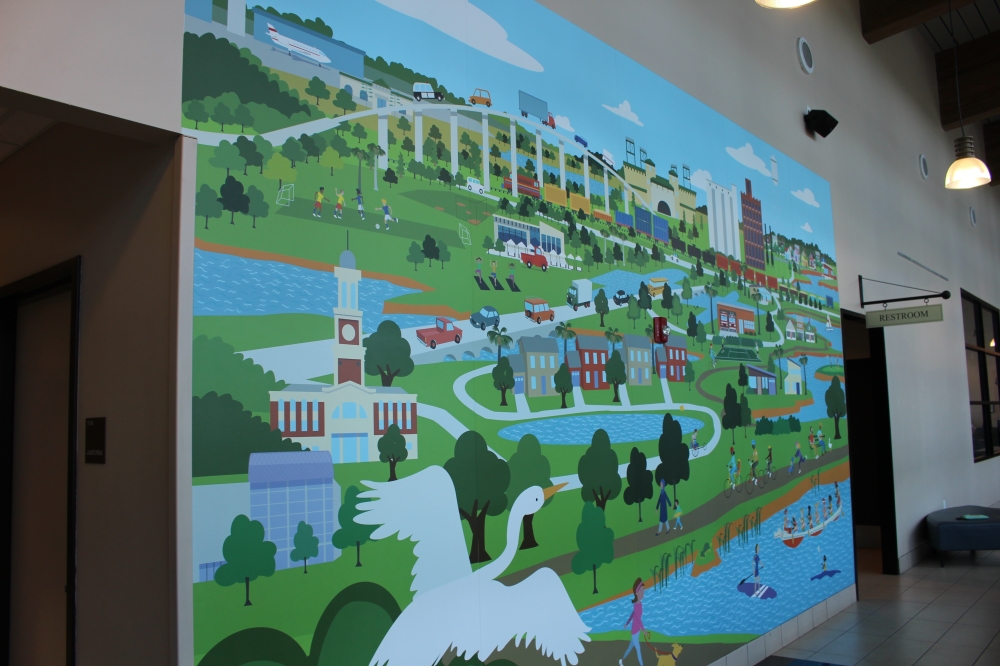 Both cities said their public art funding comes from hotel occupancy tax revenue, and in Sugar Land, additional funding is from the Sugar Land 4B Corp.—which is sales tax revenue. In fiscal year 2021-22, Missouri City’s public art budget is set at $50,000, while the city of Sugar Land’s is set at $250,000.

“A public art program can be as cost effective or as expensive as you want it to be,” Mangum said.

One place Missouri City hopes to add art that celebrates the history of the community is at Freedom Tree Park. A concept plan to develop land near the park includes a place for public art, Mangum said.

“We have no idea what it will look like ... but we do have a spot for something that will help tell the story of Missouri City,” he said.

The value of public art has the potential to have economic effects on a city by bringing in tourists or residents for events, Mangum said. But he said tourism revenue is not the goal of the program right now.

When it comes to Missouri City’s public art program, Mangum said the possibilities are endless.

“We’re at the infancy stages, and we’re excited to see where it’s going,” Mangum said.