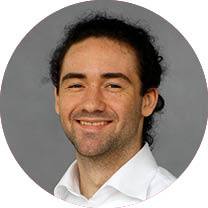 Three pickleball courts are coming to Sugar Land City Park, while skate park equipment is moving to The Crown Festival Park, which is also receiving a set of pumptracks (Courtesy Sugar Land 4B Corporation)

Construction is expected to begin soon on two pumptracks in Sugar Land. Pumptracks are a constructed set of banked turns and rolling features that bicyclists can complete without pedaling by using their starting momentum.

The two tracks to be installed at The Crown Festival Park at Sugar Land will be split into a beginner track and a full-scale “tournament-ready” track, officials said during a Sugar Land 4B Corporation meeting Nov. 30. The 4B Corporation is an economic development corporation that both draws in business and completes infrastructure projects within the city.

The $500,000 project is being undertaken by American Ramp Company, who officials said have completed similar projects nationwide.

"We did some surveying with the mountain bikers at Brazos River Park to try and get their input on what they'd like to see," said William Hajdik, assistant director of the Sugar Land Parks and Recreation Department.

In total, riders will have 22,456 square feet of track to work with. The rest of the track’s footprint will be covered in approximately 13,000 square feet of asphalt. The project comes after what officials said were several series of public input options.

No set date was provided for construction, but officials clarified during the Nov. 30 meeting that the corporation is sorting out unspecified concerns from the University of Houston, which leases space within The Crown Festival Park. Once started, ARC will have 90 days to complete the project.

In a separate request, officials recommended a project that would move skate park equipment from Sugar Land City Park to The Crown Festival Park and put in place three pickleball courts at City Park.

Officials said Nov. 30 that doing so would provide “synergy” to The Crown Festival Park. In total, the Nov. 30 proposal includes a $225,000 funding request that would pay for a new concrete slab to be poured to house the skate park equipment, the cost of transporting the skate park equipment and purchasing three covered pickleball courts with new lighting.

"We believe [the project] would add synergy to the park and add cohesiveness, and bring all-wheeled sports over to The Crown Festival Park," Hajdik said.

All construction, which includes pouring the concrete slab, installing the pickleball courts and moving the skate park equipment, will be completed in-house by the parks and recreation, and Sugar Land Engineering departments. No set start or end date was provided for this project.

The motion was approved unanimously.