Former Assistant City Manager Mike Goodrum will take over for City Manager Allen Bogard when he retires in January.

"I'd like to thank you for having the confidence in me and giving me the opportunity to come back home to where I started as an intern and give me the opportunity to work with this tremendous city and tremendous council," Goodrum said during the meeting. "The staff is amazing, and I wouldn't be sitting here today if it wasn't for the staff because they're the ones that have done an amazing job. I've been able to be lifted up by them. I also want to thank my current city, the city of Coral Springs, [Fla.], who gave me my first shot at being a city manager."

Sugar Land has a new city manager. Former Assistant City Manager Mike Goodrum will take over for City Manager Allen Bogard when he retires in January.

Goodrum has served as the city manager of Coral Springs, Florida, since 2017, but his ties to Sugar Land city government began when he interned there in 1999, according to a press release from the city.

"The city is thrilled at the opportunity to welcome Mike back," Bogard said in the release. "Sugar Land is in good hands. When I retire in January, I will be proud to be a Sugar Land resident who benefits from his expertise and leadership."

During his career in Sugar Land, Goodrum advanced to an executive director role in 2013, overseeing the human resources, information technology, finance and parks and recreation departments. In 2014 he was promoted to assistant city manager.

"It is a monumental task to follow in the footsteps of a legendary city manager such as Allen," Goodrum said in the release. "Allen has been a tremendous mentor and friend to me over the years, and I'm up to the challenge of leading this elite organization he refined during the last 20-plus years. I am excited to be coming home to this very special community and look forward to working with City Council, staff and residents to continue Sugar Land's legacy of excellence."

Bogard was Sugar Land's second city manager, and he has had a 44-year career in public service. The nationwide search for Bogard's replacement included more than 50 applicants, according to the release.

"Mike was the best choice for the city of Sugar Land among a pool of highly qualified candidates," Mayor Joe Zimmerman said in the release. "Mike is the embodiment of the Sugar Land Way. He understands our community, its expectations and our organization. City Council felt that he was the clear choice to work with council members and staff to position our city for the future."

In his time with Sugar Land, Goodrum implemented an internal organizational assessment program; facilitated the public-private partnership to redevelop a portion of the Imperial Sugar site into the Sugar Land Heritage Museum and Visitor Center; and achieved the no-cost acquisition of Cullinan Park.

The selection of Goodrum was unanimous. Final terms are being negotiated with Goodrum, and City Council is expected to consider a contract during executive session at a Nov. 5 meeting, according to the release.
Tags: Sugar Land
SHARE THIS STORY 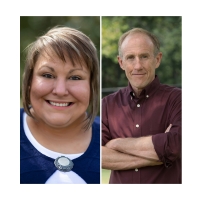 Gates, Eliz Markowitz and Schell Hammel will all appear on the March 3 primary ballot as they vie for the 2020-22 term.

After some delays, the restaurant opened Jan. 22.

The calendar was created with input from students, staff, teachers, principals, parents, the school board and community members.

“My time on the show was a very wonderful time,” Gade said during the Jan. 21 Sugar Land City Council meeting.

Two incumbents have filed for re-election.

The building is named after Malala Yousafzai, a Noble Peace Prize recipient and Pakistani advocate for women’s education.

Pier 1 Imports announced eariler this month that it will be closing up to 450 stores.