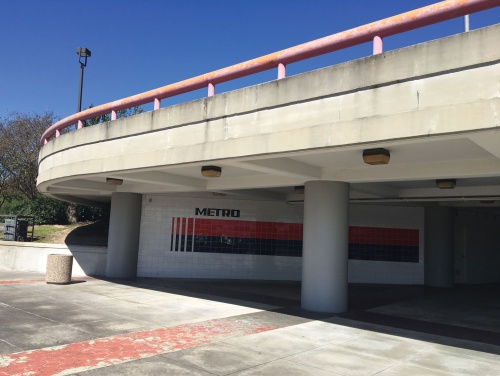 The METRONext plan includes $3 billion worth of improvements to the public transit system through 2040.

In September, the Metropolitan Transit Authority of Harris County presented its preliminary METRONext plan for $3 billion worth of improvements through 2040 that does not include new bus routes in Spring and Klein.

However, unincorporated areas of Harris County, which include Spring and Klein, are contributing an increasing share of sales tax revenue to METRO as population grows outside the city of Houston, where METRO services are concentrated. Once the METRONext plan is completed and approved, it could be put before voters in a bond election in November 2019, METRO officials said, which would authorize the use of sales tax revenue for the projects.

“It’s not as simplistic as saying, ‘Here’s what you’re getting for your dollar,’” said Jerome Gray, executive vice president and chief communications officer for METRO. “There are communities who want a particular type of approach to service, and we want to be respectful to that.”

METRO is considering a blend of projects tailored to different communities in the county based on their needs, Gray said. METRONext plans affecting Spring and Klein residents could include improved high-occupancy vehicle lanes on I-45, increased airport accessibility, and construction of van pool lots on Louetta Road and in Springwoods Village near I-45.

“This is a dialogue …  between METRO, stakeholders and communities to find out what are the priorities and how can we best apply that to a plan,” Gray said.

Most METRO funding comes from the 1 percent of sales tax revenue it collects in Harris County. Although the majority of that revenue comes from the city of Houston, contributions from unincorporated areas have grown by 38.1 percent since 2013, while sales tax revenue from within Houston has increased 4.4 percent over that time, according to METRO through a public records request.

Total METRO revenue for the 2017 fiscal year, not counting capital grants, was $854.4 million, of which
$690.9 million came from sales tax revenue, including $85 million from unincorporated Harris County.

“What we’re seeing is that at some point, the traffic and the congestion will demand the service,” she said. “You have to give people options … to lessen the burden on infrastructure.”

However, officials said some resistance to METRO bus lines persists.

According to U.S. Census data, out of the Spring and Klein area’s 126,976 occupied households, only 3.18 percent do not own a vehicle.

“Some folks said they didn’t want a bus route. We heard them, and so you don’t see in our plan us saying we’re going to put in a bus route in that area,” Gray said, referring to Spring and Klein.

Much of the opposition to METRO in suburban areas has hinged on unfounded claims that bus routes on roads such as FM 1960 bring crime, said Bobby Lieb, director of economic development for Houston Northwest Chamber of Commerce.

“Crime started before METRO showed up, but you can see how people thinking superficially can say … ‘[FM] 1960 looks bad, and we have buses,’” Lieb said.

Despite some residential opposition to public transportation locally, average daily weekday ridership on
FM 1960 bus routes in Spring and Klein has increased since 2015 alongside population growth. But the Kuykendahl and Spring park and ride locations recorded slightly lower ridership numbers in October 2017 than in the two previous years, according to METRO data. The Kuykendahl site dropped from about 2,000 to 1,700 daily riders on average in October of each year.

Brian Carr, chief advancement officer for Kuykendahl Road-based Northwest Assistance Ministries, which works with low-income families in the area, said the lack of public transportation options in the area hinders opportunities for many in the community.

“The current state of public transportation options in the Spring/Klein area is not adequate,” Carr said. “If bus routes expanded, or there were more park and ride accessibility, this would make a big impact in the community.”

One of the proposed plan’s projects that addresses Spring and Klein preferences is $15 million slated for van pool lots, including one at Louetta Road and Hwy. 249 and one at Springwoods Village on I-45. Van pool lots would allow residents to park their vehicles and take vans—rather than buses—downtown, according to the plan.

The plan also describes the opportunity for METRO to partner with entities such as Texas Department of Transportation to improve HOV lanes and high-occupancy toll lanes to reduce congestion on roads such as I-45 by making the roads bi-directional and extending the hours beyond current peak time operations.

Additionally, a new transit station for Tidwell Road in Houston east of I-45 could be a launching point for future light-rail expansion to areas north of Houston, according to the draft plan.

French said alternative modes of transportation such as light rail may achieve wider acceptance as the area grows and news jobs are located in different areas from residences.

“I do see opinions changing, and the pendulum is going to swing toward alternative modes as population grows,” French said.

Although many METRO services serve the city of Houston, a quarter of METRO sales tax revenue goes toward its General Mobility Program, established in 2012, which helps build and maintain streets, bridges and traffic signals in other parts of the county, according to METRO.

Gray said areas such as Spring and Klein benefit from these GMP funds. Since its inception, Kuykendahl Road between FM 2920 and Willow Creek has received $8 million in GMP funding, and Perry Road from FM 1960 to Hwy. 249 has received $7.4 million, according to the METRO website.

“While we are generally in favor of METRO’s moving workers to work places, we also recognize that there are communities that want to minimize METRO’s movement through their communities,” Thomason said.

Thomason said HNWCC is interested in how other modes of transportation will fit into the METRO vision.

“We’ve been watching the development of Lyft, Uber and self-driving vehicles because these developments may change the entire equation, so we don’t want to hurry into saying, ‘Let’s spend billions on commuter rail in this region,’” Thomason said.

Gray said the preliminary draft plan is not final, and it will be adjusted after conversations with the community, which have not yet been scheduled.

“We’re going to be having more meetings again to have input from communities about what they want,” Gray said.

Local officials said one of two cents of sales tax revenue available to public entities in Spring and Klein is used by METRO, limiting other entities in the area—such as emergency services districts and municipal utility districts—in their ability to tap into that source of revenue.  Some areas near I-45 and Hwy. 249 also are under limited-purpose annexation agreements with the city of Houston, in which a MUD splits a cent of sales tax with the city.

While one local ESD meets its budget needs through property taxes alone, another fire chief said his district has reached the limits of what it can obtain through its current sales tax and property tax revenue.

ESD No. 11, which contracts with Cypress Creek Emergency Medical Services, covers the entire Spring and Klein area and receives no sales tax revenue. Commissioner Tommy Ripley said the district is able to meet its needs through property taxes.

However, Fred Windisch, chief of the Ponderosa Fire Department, said ESD No. 28—which contracts with the  department’s nonprofit board—receives only 20 to 25 percent of available district sales tax revenue because of limited-purpose annexation agreements between local MUDs and Houston. METRO claims the other available cent.

Additional sales tax revenue would help the district because the population of the area grows every year, and it has faced unplanned expenses such as equipment replacement after Hurricane Harvey, Windisch said.

“It could be used better,” Windisch said of the sales tax distribution.

Although METRO and some ESDs are able to collect sales tax revenue, unincorporated portions of Harris County have few funding mechanisms available to generate revenue for other projects such as economic development, officials said.

“It would be great if there was a funding mechanism that could … help contribute to infrastructure improvements,” Lieb said.