How it works: Proposed bill would double traffic fines on dangerous roadways 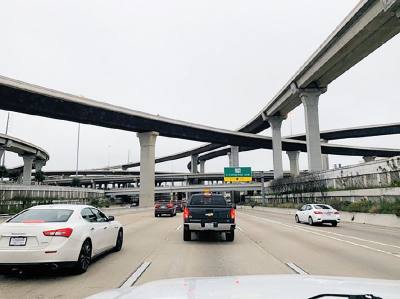 A new bill in the Texas Legislature could set up traffic safety corridors and increase traffic fines on the state’s most dangerous roadways.

According to the Texas Department of Transportation, there has been at least one fatality from motor vehicle crashes on Texas roadways every day since Nov. 7, 2000. While TxDOT has brought awareness to trying to end the streak, an Austin lawmaker has proposed legislation to increase fines in newly created traffic safety corridors.

State Rep. Vikki Goodwin, D-Austin, introduced House Bill 2814 to the Legislature on March 1. The proposed bill, which as of early May was still pending, would allow TxDOT to designate areas with high traffic fatality rates as safety corridors. TxDOT would determine the zones based on data, according to Goodwin. A sign would be placed at both ends of the corridor, and traffic violations within those areas would bring double the fine to motorists. Revenue collected would go back to supporting law enforcement efforts in the corridor.
SHARE THIS STORY

The project is expected to take about eight months to complete.