For nearly four decades, the Rotary Club of Willowbrook has epitomized its motto “Service Above Self” despite its dwindling membership.

As one of 35,000 rotary clubs across 200 countries, Rotary Club of Willowbrook was founded by current co-President Tom Jackson in 1984. Made up mostly of local small-business owners, the club focuses on promoting peace; fighting disease; saving mothers and children; supporting education; growing local economies; and providing clean water, sanitation and hygiene.

“We have members from all walks of life that feel a call to serve their community and give back to their community,” Jackson said. “People that have a public servant mentality—those are the people that we encourage to join the Rotary Club.” 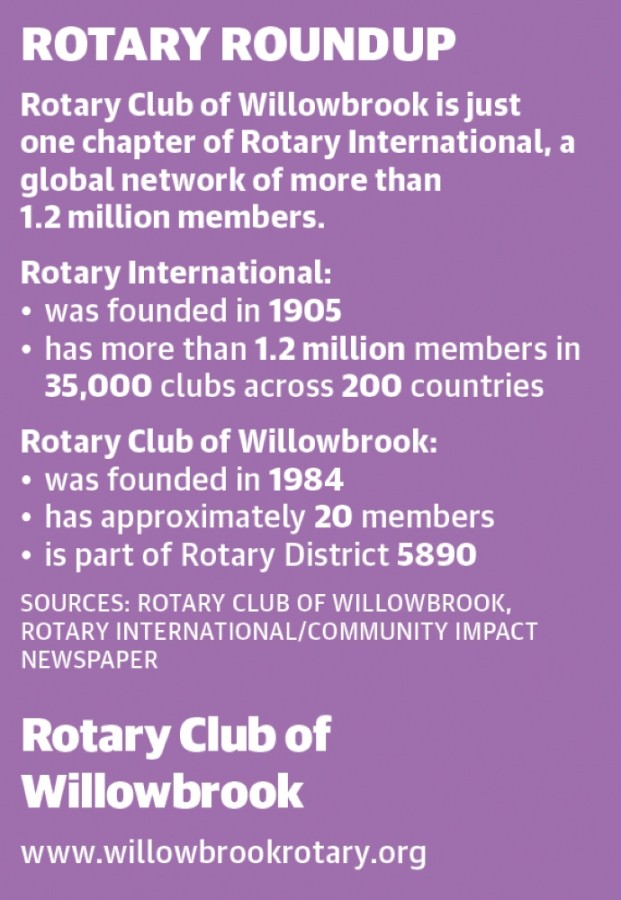 Since its inception 36 years ago, Jackson said Rotary Club of Willowbrook has sponsored and hosted international exchange students, awarded scholarships to Klein ISD students, provided meals for Habitat for Humanity volunteers and supported other local nonprofit organizations. The nonprofit also supports an Interact Club—the high school level of a rotary club—at KISD and has funded grants to build water wells in foreign countries.

While Rotary Club of Willowbrook had as many as 60 members at one point, Jackson said membership is now at 20—a trend he said is becoming common among most membership-based organizations.

“As a society, we just don’t join things anymore,” he said. “As long as we have a Twitter or Facebook account, that’s all we need. So I don’t know where that’s going to leave us in the future.”

In hopes of becoming more attractive to prospective members, Jackson said the club has let go of strict attendance rules and simplified the invitation-only application process.

“I have friends that I’ve had for 30-40 years that I met through rotary that I still associate with,” he said. “You build up a lot of camaraderie because you see these people once a week for years and you do service projects with them. So you develop a relationship that transcends rotary.”