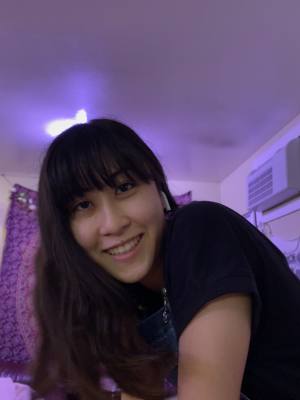 Although millions of dollars in projects are underway in Cypress Creek, HCFCD Deputy Executive Director Matt Zeve said the district would need nearly $4.5 billion just to protect the Cypress Creek watershed from 100-year storms, such as the Tax Day flood of April 2016, which have a 1% likelihood of occurring each year.

“Hurricane season brings risk for residents across Harris County. No single project or even group of projects will mitigate all flood risk for an area,” Zeve said. “However, the district has completed a lot of work with more ongoing that will improve drainage conditions across the Cypress Creek watershed, and overall, the drainage level of service in the watershed has been improved over the past three years.”

Experts recommend the district add at least 25,000 acre-feet—about 8.15 billion gallons—of stormwater detention to the Cypress Creek watershed to alleviate the area’s chronic flooding issues. By comparison, the HCFCD has constructed about 50,000 acre-feet of detention countywide since the district was established in 1937, and the Tax Day flood of April 2016 dumped about 240 billion gallons of water on Harris County over two days.

After failing to receive an anticipated $1 billion in federal flood funding, the HCFCD identified a $1.4 billion deficit in matching funds needed for its countywide bond projects in March. As of late July, the district sat at a $68 million deficit as it searches for additional partner funding.

“The bond program, we thought when we first started, was going to take 15 years to finish,” Zeve said. “We’re trying to compress it down to 10 years, but it may take longer. But we don’t need every single dollar today.”

However, an estimated $35 billion is needed to protect Harris County from severe flooding events, according to Harris County Precinct 4 Commissioner Jack Cagle, who serves the Spring and Klein area.

To address project finances, Zeve said the funding may come from myriad sources, one of which could be a $750 million allocation through the Texas General Land Office. After informing Harris County and the city of Houston the entities would not receive any Hurricane Harvey flood mitigation funds in May, public pushback prompted the GLO to request a $750 million direct allocation to Harris County. The U.S. Department of Housing and Urban Development denied this request in June.

GLO Communications Director Brittany Eck said the GLO is drafting an amendment to subaward $750 million to Harris County as of July 23 and expects HUD’s response by October. The subaward will require the GLO to act as an overseer on projects to ensure they follow HUD guidelines, such as ensuring 50% of the funds help lower- to moderate-income residents, Eck said.

If more money does not become available, however, the Flood Resilience Trust—which the Harris County Commissioners Court created June 29—will fund projects with the $833 million it will build in its reserves over the next nine years. The Harris County Toll Road Authority will contribute $40 million annually to the trust to support flood mitigation projects that also include transportation aspects. Zeve said most projects in the Cypress Creek watershed also incorporate transportation.

Property tax tweaks could also provide extra funding. Each year, property tax collections allocate $120 million to the HCFCD, Cagle said. In the current fiscal year 2020-21, the overall county tax rate is set at $0.59 per $100 valuation with the HCFCD receiving $0.03 of that revenue.

Decreasing the tax rate of one agency would allow an increase for the HCFCD without increasing the county’s overall tax rate, said Joe Stinebaker, the director of communications for Precinct 4.

“With a lot of assumptions in place, I will probably be supportive of thus increasing the amount of the budget in flood control,” Cagle said.

Stinebaker said he anticipates the Harris County Commissioners Court will vote on property tax rates for FY 2021-22 in September.

As of August, Lucinda Silva, Harris County budget management director for agenda and administration, said in an email the Harris County Commissioners Court is not aware of a second flooding bond proposal.

“Probably anywhere from a year or more away, we will need funding to complete the projects,” Zeve said. “But we have time before we get to that point.”

Despite the district’s funding challenges, the 2018 bond included 12 flood mitigation projects in the Cypress Creek watershed totaling nearly $288.5 million that are fully funded and underway as of July 29, Zeve said.

The district will also build nearly 20 additional stormwater detention basins in the Cypress Creek watershed with the potential to add nearly 14,000 acre-feet of stormwater detention. However, this number is subject to change as Zeve said the HCFCD has not yet determined the costs or funding sources for all the detention basins. The 2018 bond does include funds for land acquisition.

The district anticipates construction to be complete on all basins over the next decade, dependent on funding.

The proposed Champions Stormwater Detention Basin will be built on the existing site of Raveneaux Country Club. However, HCFCD officials continue to negotiate with Cypress Forest Public Utility District officials to acquire the remaining 206 acres that encompass the golf course as of early August.

Additionally, the HCFCD will soon release Phase 2 studies on the potential for an underground flood tunnel in the Cypress Creek watershed that could divert nearly 25% of Hurricane Harvey water levels. The district will release the study in September for community review. If approved, Zeve said the district expects construction on the tunnel to take five to six years if it can secure the billions of dollars in funding required to fund tunnel construction.

“If we build just one of these tunnels, it’ll be a massive, massive project,” Zeve said. “Probably the biggest project that we’ll ever undertake.”

Cagle said of the county’s 23 watersheds, the 2018 bond allocated 10% of funds to Cypress Creek. While members of local grassroots organizations like Cypress Creek—Stop the Flooding said they are happy to see progress being made, more funding will be needed to holistically address chronic flooding in the Cypress Creek watershed.