Located on approximately 171.5 acres of land on either side of TC Jester Boulevard south of Cypresswood Drive, the eventual goal of the stormwater detention basin is to provide an excavated area to take in and temporarily hold excess stormwater during heavy rain events, according to the release.

As previously reported by Community Impact Newspaper, HCFCD officials applied for $10 million in federal grant funding through the U.S. Department of Housing and Urban Development's Community Development Block Grant Mitigation Program in late October to fund the construction of the detention basin. If the project is awarded grant funding, HCFCD officials said any additional costs will be covered by the district's $2.5 billion bond referendum approved by voters in 2018, its capital improvement projects fund or through other partnerships.

While the property east of TC Jester Boulevard is still in the preliminary engineering phase, an excavation and removal project is currently underway on the property west of TC Jester Boulevard. According to the release, the excavation and removal process requires heavy equipment, including dump trucks, excavators and bulldozers, to remove trees, vegetation and soil from the area.

"Excavation and removal projects such as this one reduce taxpayer costs and result in a shorter construction process by allowing a contractor to remove a set amount of dirt before major construction commences," the release reads.
RELATED STORIES

According to the release, the entire west side of the property will be closed to the public for the duration of the excavation and removal project, which could take up to three years. While HCFCD officials are aware of trails that exist on the property, the release states there is no existing written agreement for use of this property by any other group or agency.

"The property was purchased with tax dollars for flood risk reduction purposes," the release reads. "At the appropriate time during preliminary engineering for the basin, there will be opportunities for sponsors who wish to build and maintain trails to share their proposed trail plans with the Flood Control District."

Houston Northwest Chamber of Commerce swears in 2021 board of directors Jan. 14 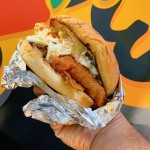