Spring ISD Superintendent Rodney Watson announces the launch of four new specialty programs, plans for a second early college program and the expansion of full-day pre-K to all 25 elementary campuses during the annual State of the District event Feb. 5. (Courtesy Spring ISD)

Spring ISD Superintendent Rodney Watson announced the launch of four new specialty programs, plans for a second early college program and the expansion of full-day pre-K to all 25 elementary campuses during the annual State of the District event Feb. 5.

The third annual event aims to share SISD’s progress in its five-year strategic plan, known as Every Child 2020, with the community, while also giving community members an overview of the district’s accomplishments, areas of improvement and future plans.

By the 2020-21 school year, Watson said the district will have also added a pre-K-8 specialty school, two more specialty middle schools and one specialty elementary school.

“We want all of our students to have the opportunity to participate [in specialty programming], but we don’t want them to have to chose to move outside of their neighborhood or their community to get opportunities of choice; we want to provide that within their community,” Watson said during the event.

According to Watson, the Bammel Middle School for International Studies will be a pre-K-8 academy in partnership with the Asia Society; key components of the program will include dual language with an emphasis on sign language, French Spanish, German and Mandarin Chinese as well as enrichment opportunities.

“One of the strongest areas in our district has always been [performing and visual arts], so next year, we’ll be opening the Bailey [Middle] School of Performing and Visual Arts,” Watson said. “We currently have partnerships with the Houston Symphony [and] the Alley Theatre, and we’ll be working closely [with them] to ensure that this school is a state-of-the-art, one-of-a-kind [school] in the state of Texas.”

Students of the Bailey Middle School of Performing and Visual Arts will have the opportunity to participate in drama, dance, creative writing, film, instrumental and visual arts as well as pre-Advanced Placement classes, arts-integrated curriculum and arts-related internships.

“One of the things that we’re doing is we’re linking our middle school [career and technical education] pathways to our high schools so our students can explore [and] also take opportunities to learn more about the pathway as they transition,” Watson said.

In addition to specialty programming, Watson also announced SISD is in the initial planning process of a new early college high school to be housed at Dekaney High School in partnership with Lone Star College-North Harris. The district is already home to the Spring Early College Academy, which allows students the opportunity to earn a high school diploma and college degree simultaneously while helping families save money on tuition costs.

“[Previously, full-day pre-K] wasn’t fully funded, so we were trying to find money in our budget by reducing other areas because we knew this was a specific need in our community,” Watson said. “Well, thanks to our legislative session this past year and [state Rep.] Dan Huberty, based upon House Bill 3 next year we have been given additional funds from the state, [and] we’re going to be able to expand to have full-day pre-K at every single [elementary] campus in the district.”

House Bill 3 mandates full-day pre-K programs for students who quality in hopes of bridging the gap between economically disadvantaged 4-year-olds and those who are more affluent. Qualified students include those who are low-income, homeless, limited in English proficiency, in foster care, or whose parents are active-duty members in the armed forces or whose parents were injured or killed while serving in the military, as a peace officer or first responder. 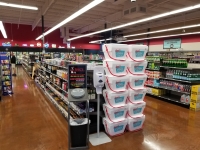