Bond projects progress, livestock show raised $130K: 5 things to know from the May 8 Spring ISD board of trustees meeting 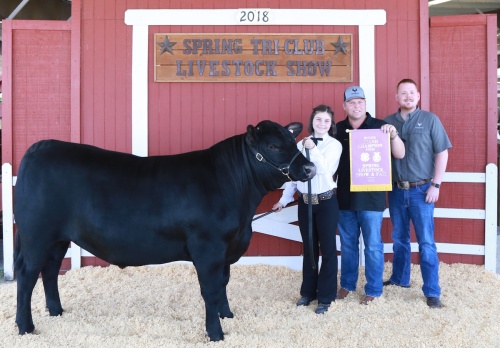 The Spring ISD board of trustees meeting held in May is typically the largest and most well-attended meeting of the year, board members said Tuesday night. That is because it marks the meeting when Points of Pride awards are given out to dozens of SISD students who have received awards or recognition at a state or national level in areas, such as academics, athletics and the arts.

In addition to the awards, however, the district also took care of several items of business.

1. The board acknowledged the April 26-28 Spring Livestock Show and Fair raised $103,000 through the sale of student projects and livestock, which will be used for future projects or for college expenses by the winning students. The event, sponsored by Spring Tri-Club, also raises money for scholarships.

2. The board unanimously approved a guaranteed maximum price for the second bid package for construction of Roberson Middle School. The $25.8 million package is for construction of the building, which is funded through money from the $330 million bond approved by voters in 2016. District officials have said the total cost of the Roberson school construction project will be about $30 million. The school will be built on a 22-acre site north of Spears Road at Veterans Memorial Drive and will accommodate up to 800 students, SISD officials have said.

3. A guaranteed maximum price also was approved for site clearing and grading at Middle School No. 8. The $3.1 million package is part of the total $50 million needed to complete the building, which is also funded by 2016 bond money. The school, which will be located near I-45 and the Hardy Toll Road, will open in August 2019.

4. The board unanimously approved a resolution to consider alternative graduation requirements. The measure came in response to a state law that went into effect May 3, allowing school districts to establish individual graduation committees to evaluate students for graduation who have not passed exit-level tests. A total of 46 SISD students could benefit from the requirements this year, district officials said.

"There are reasons why you would want to graduate someone," board member Deborah Jensen said. "They have completed CTE education, have life experiences, work or other experiences that may figure in on this decision."

Jensen said it gives the district flexibility to work with students who do not test well but excel in other areas.

"It allows students a second chance," she said.

In the case of serious incidents like terroristic threats, the school code is also aligned to existing penal code, Hinojosa said.

"Sometimes, we believe [the] student is just joking," Hinojosa said. "It is not a joke; it is actually a threat and it is in the penal code, and students are arrested."
SHARE THIS STORY