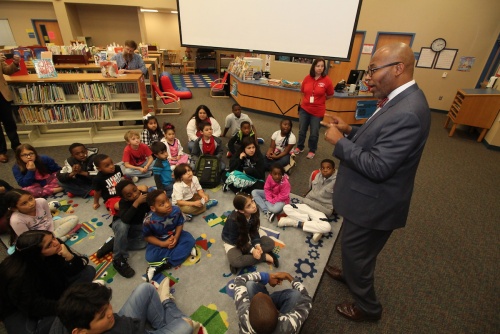 Construction on the first phase of a replacement for Roberson Middle School, a school of choice within Spring ISD, was expected to start in late March following approval of the initial guaranteed price maximum at the March 20 board of trustees meeting. The first phase of construction in this package includes clearing the site, laying the utilities and beginning concrete work, SISD Chief Operations Officer Mark Miranda said.

District officials have said the total cost of the school will be about $30 million. A total of $80 million was allocated to the construction of two new middle school buildings—Roberson and an additional, unnamed school that will be built in the future—in the district's $330 million bond referendum approved by voters in 2016.

Miranda said the project will be built in phases so that it can start earlier.

The school will be built on a 22-acre site north of Spears Road at Veterans Memorial Drive and will accommodate up to 800 students, SISD officials have said.

Also at the meeting, students from Ponderosa Elementary School expressed their gratitude to the Texas Caucus of Black School Board Members for a book donation made to help replace books lost during Hurricane Harvey flooding.

“It’s hard for a kid to lose everything they have,” one student told the board.

SISD board members made arrangements for the donations and some board members purchased and donated additional books, officials said.