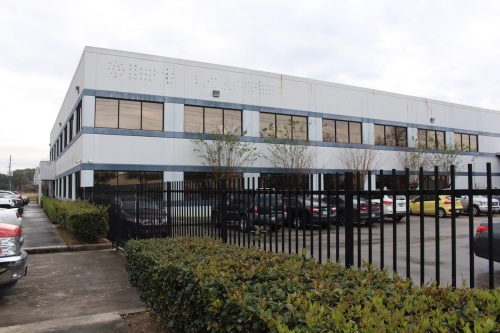 A building on Lockhaven Drive will serve as the new Spring ISD police and tax office headquarters.

Show map
On June 26 Spring ISD purchased a former insurance office building on Lockhaven Drive that will be renovated to serve as the headquarters for the district's police department and tax office.

School officials said renovation will begin this summer on the two-story, 42,272-square-foot building, and work will be completed in 2018.

“The size and location of this facility on Lockhaven is ideal for our police department—which outgrew its current location years ago—and will allow our tax office to move out of portable buildings, while saving on the cost of new construction,” SISD Chief Operations Officer Mark Miranda said.


The current 8,100-square-foot police department is located at 210 N. Forest Blvd., Houston. The tax office is located in two portable buildings in front of the Gordon M. Anderson Leadership Center at 16717 Ella Blvd., Houston. At the new facility, the police department will be located on the first floor, and the tax office will be on the second floor.

Although the building cost the district $2.9 million, the total facility cost including renovation will be around $5 million, Miranda said.

Funds for the purchase were included in the $330 million bond referendum approved by voters in 2016.

Purchasing and renovating the building will cost about half as much as it would cost the district to build a new facility from scratch, Miranda said.

“Our experience with purchasing and renovating existing buildings has been good,” he said. Last year, SISD renovated a building on T.C. Jester Boulevard for the district's Spring Early College Academy. “We saved the district at least $6 million on that project.” An aerial view shows the location of the new police station in proximity to I-45.[/caption]