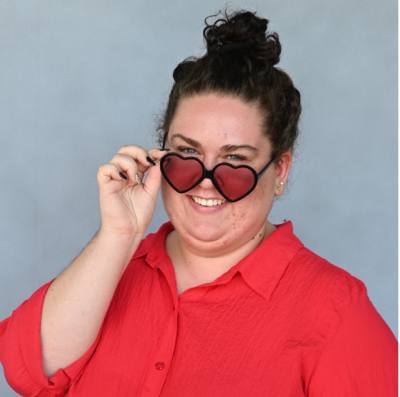 Consumer prices rose 8.3% nationwide from February 2021 to February 2022—the highest rate of inflation since January 1982, according to a Greater Houston Partnership analysis of U.S. Bureau of Labor Statistics data. (Ronald Winters/Community Impact Newspaper)

Spring-area businesses have proven to be resilient during the ongoing pandemic, local stakeholders said, and the economy has begun recovering even as inflation, labor shortages and supply chain issues remain.

Facing higher operating costs, experts said businesses are having to divert some of that burden onto customers. The U.S. Bureau of Labor Statistics reported a year-over-year 8.3% increase in consumer prices nationwide as of April 2022—the highest rate of inflation since January 1982.

The Greater Houston Partnership reported unemployment is down locally from 14% “early in the pandemic” to 4.4% in March 2022. About 92% of jobs lost during the pandemic had been recouped as of March, meaning 28,000 more are needed to return to prepandemic employment levels.

However, businesses will not be able to raise their prices to cover their increased costs indefinitely, said Bobby Lieb, president and CEO of the Houston Northwest Chamber of Commerce.

“At a certain point ... people are going to say, ‘No more,’ and they’re going to cut back on their spending,” Lieb said. “If a company starts to cut back on its spending as opposed to raising prices, that means layoffs.”

Since early 2021, price increases have been rampant for certain items, according to the Bureau of Labor Statistics. Nationwide, the cost of meat, poultry, fish and eggs increased by 14.3% from April 2021 to April 2022, while the cost of fuel oil and gasoline increased by 80.5% and 43.6%, respectively.

Fu Manchung owners Paul Huynh and Taylor Chung announced in March they were considering closing the Spring-based Vietnamese restaurant. After receiving an outpouring of local support, however, they opted to renew their lease and will keep the restaurant open.

“Grocery inflation, amongst other rising costs, some supply shortages, shortage and inconsistency of labor, was making it tougher for us to want to continue,” Huynh said.

Elizabeth Cleaver, a Spring resident and the owner of The Mum Queen, has been crafting homecoming mums for more than 30 years. However, Cleaver had to increase her prices for the upcoming school year due to the rising cost of supplies.

Meanwhile, the most notable price jump Fu Manchung has experienced has been for vegetable oil. While Huynh used to pay $18-$20 for a 5-gallon container, the cost is now $38-$40—a 105% price jump.

Consumer prices in the Houston metro have been rising steadily since April 2021, according to the BLS. The consumer price index jumped 8.5% for the region in April compared to a year ago.

“This inflation is not going away anytime soon,” Lieb said. “There’s speculation that it’ll peak in the fall. ... We’ll probably see it well into 2023 before we start seeing any kind of recovery. So we’re not out of it yet.”

Many of the issues for businesses are related to the supply chain, which was halted as nations ceased trading and shipping early in the pandemic. According to Patrick Jankowski, senior vice president of research for the GHP, although many ports have since reopened, variant outbreaks still pose a threat to this system.

In February, the U.S. Food and Drug Administration reported recalls of powdered infant formula manufactured by an Abbott Nutrition facility in Sturgis, Michigan, due to reports of illnesses among babies who had consumed the products.

“Manufacturers have ramped up production 30%-50%, bringing total production today above prerecall levels with a different mix of products and sizes now available in the market,” the U.S. Department of Health and Human Services website reads. “Still, it’s clear that too many families continue to encounter challenges obtaining infant formula.”

Another major supply shortage has been due to a lack of grain being exported as a result of the Russia-Ukraine war. Ukraine and Russia supply about 30% of cereals globally, according to a May 19 news release from the United Nations, but Ukraine is expected to export one-third less wheat this year than in 2021.

Supply shortages have also had an impact on local businesses.

While Cleaver orders her mum-making supplies one year in advance, she said others working in her industry are struggling with supply shortages.

“There’s girls out there that are scrambling [because] they can’t find ribbon,” Cleaver said.

“We diligently source clean products for our menu, and these items have been difficult to get off and on for many months now,” she said.

Alongside supply chain disruptions, staffing shortages have proven to be another challenge for businesses.

Staffing shortages and access to supply lines may be unfavorable, but Jankowski said he believes they are growing pains of an economy that has recovered. However, while unemployment has decreased in the Greater Houston area, compensation costs have also risen, according to a GHP analysis of BLS data.

Compensation costs for private-sector workers in the Greater Houston area rose 4.5% from March 2021 to March 2022. As costs continue to rise for businesses, Lieb said he believes companies will resort to layoffs if they cannot cut costs in other ways.

“While we’re seeing this strong employment number right now, I have strong concerns that we are going to see a massive layoff,” Lieb said.

Mikah Boyd contributed to this report.