Blast Mobile Fitness will be going virtual as of March 20 in response to Gov. Abbott's order requiring gyms to close their doors, effective midnight March 20 through midnight April 3. The center will be uploading free fitness content to their YouTube channel, in addition to providing livestream and written workout routines for current members. According to owner Nicole Trowbridge, the center plans to lend fitness equipment to members and organize small group-workouts in public spaces such as parking lots or parks starting Monday, March 23.

Many Harris County residents’ daily routines were interrupted in response to county officials’ encouragement to practice social distancing and self-quarantine measures in order to curb the spread of the recent global coronavirus outbreak. In an effort to accommodate to these new circumstances, Spring- and Klein-area fitness centers are working to adapt their practices in an effort to bring normalcy and a little distraction back to everyday life.

For new gyms, such as Farrell’s Extreme Bodyshaping, which opened less than four weeks ago, owner Nicole Trowbridge said, the coronavirus outbreak has discouraged people from signing up for memberships during this time.

Here's how Spring, Klein hospitals are responding to coronavirus concerns

“[People] are either worried about [coronavirus] spreading, they're trying to stay inside and quarantined, or they are saying that they're worried about the financial impact,” Trowbridge said. “So right now, they don't want to commit to signing up [for a membership] just yet.”

Trowbridge said many residents are taking this time to focus on the essentials.

In response to the situation, Farrell’s Extreme Bodyshaping is offering to livestream classes and discount single-class passes, which allow customers to sign up for classes without having to commit to a membership. Customers can now purchase five classes for $50 or or 10 classes for $75. For those who would like to participate from home, livestreaming and recorded options will be available.

Other fitness centers, such as Blast Mobile Fitness, have also seen lower turnout in class attendance, according to co-owner Kelli Barrett.

“Our average class is anywhere between 12-16 people, and we're pulling about five people per class right now, so we have [had] a pretty significant decrease in attendance,” Barrett said.

Barrett said recent school district closures have also had an effect on the lower turnout, as parents must now stay home to tend to children who are out of school.

“Most of the people are responding that they're just being better safe than sorry in their opting to stay home, or they can't come in because they've got young children at home. We have a lot of mothers and fathers that are members who have to attend to their young kids.”

According to Barrett, Blast Mobile Fitness is taking extra precautions to make sure equipment is sanitized after each class use. She added that the gym will consider doing virtual classes should there be a closure.

However, despite the circumstances, Barrett said she believes Blast Mobile Fitness will last through the tough times.

“Obviously, with any small business, we would be concerned about a total closure, but certainly, with the membership base that we have, because we are all so close and so invested in each other, I'm not worried about the future of our gym. That's for sure,” Barrett said.

Samantha Urbanek, owner of and instructor at The Workout Barre, a women’s fitness and dance studio, has limited its class sizes to comply with county-level mandates to restrict group meetings to ten people or less. In order to accommodate members who would like to practice social distancing and complete workouts from home, Urbanek said The Workout Barre will distribute Home Fit Kits—take-home bags complete with necessary equipment, such as mats, weights and Pilates balls.

“[Members] are really excited that we're trying to offer a way for them to keep their workouts going at home,” Urbanek said. “We're streaming the classes. ... We're able to see the participants and give them corrections, ... if they choose to share their camera with us, ... and then, they can always see us here at the studio as well.”

IAMFamily Martial Arts and Leadership Academy co-owners Paul and Hazel Resurreccion are also continuing classes virtually using Zoom, an online video conferencing service. Through this platform, instructors are able to continue teaching their students through a virtual experience with a class environment-feel.

“We get [students] to answer up, ... [do] high-fives and virtual thumbs-up,” said Paul Resurreccion, who is also an instructor at the gym. “We're doing fist bumps on camera, live, and [lessons] will be recorded as well after the livestream is over. And then, we download them to our student app so it's always available ... for the students that aren't able to participate during that particular class.”

Resurrecion said the coronavirus outbreak is not the first crisis situation the martial arts program has had to adapt to in the 13 years that they have been in the area.

“We actually did a version of this during [Hurricane Harvey], and that's why we knew it would work,” Resurreccion said. “Now, we have a little bit better setup. We're more familiar with it. We've been able to test a lot better than previously. ... We have better experience, and we're delivering a better product.”

Press Waffle Co. has been announced for Creekside Park West later this summer. 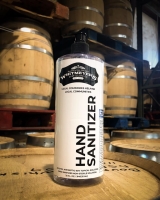 The industry is contending with effects of the coronavirus outbreak and uncertainty in the oil market following a steep price drop in March.