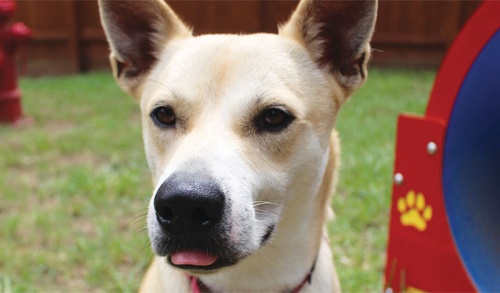 Animal shelters and nonprofits in Harris County are launching new facilities and initiatives to address shelter overcrowding and save the lives of more animals as intake numbers remain high.

“Without enforced legislation making spay/neuter mandatory in Houston and Harris County, the pet overpopulation will only get worse,” said Debrah Rogers, managing director at The Kitten House Rescue/Adoption Center, located on FM 1960.

The no-kill, nonprofit center opened its current facility in January 2015.

The Harris County Animal Shelter, which can handle 12,000 animals each year, housed about 18,000 animals in 2017, said Michael White, director of Harris County Veterinary Public Health. A similar number is expected this year, he said.

“It’s too many animals for the space that we have,” White said.
“We have four or five dogs in [some of our] runs, which to me is totally unacceptable.”

To combat overcrowding, Harris County plans to open a new, larger shelter by the end of 2019, White said. The Harris County Animal Shelter is built to house 150 dogs and 100 cats; however, White said he anticipates the new shelter—opening behind the existing facility on Canino Road in Houston in late 2019—will increase capacity to 315 dogs and 210 cats.

The new shelter, which broke ground Nov. 5, is funded by a $24 million bond referendum that was approved by voters in 2015.

The Harris County Animal Shelter has also implemented initiatives in recent years to reach “no-kill” status, which is designated for shelters that have live-release rates of 90 percent or higher. Live-release rates are the number of animals leaving the shelter via adoption or other means, and the county has increased its live-release rate from 15.1 percent in 2010 to 90.3 percent in the first eight months of 2018, White said.

“We’ve increased the number of animals we’re getting into foster homes so we can get them out of the shelter,” White said. “And we’ve increased our transport as well [to other states].”

Meanwhile, The Kitten House Rescue is currently over capacity by 50 percent and has been since Hurricane Harvey flooding hit the Cypress Creek area, Rogers said.

“We still get calls, emails and personal drop offs to take in 50-100 cats/kittens each day, on average, which we have to turn down due to lack of space and funding,” she said.

So far this year, the shelter had only 162 adoptions, Rogers said, partially because of competition with free shelters. There were 357 adoptions in 2017 and 372 in 2016.