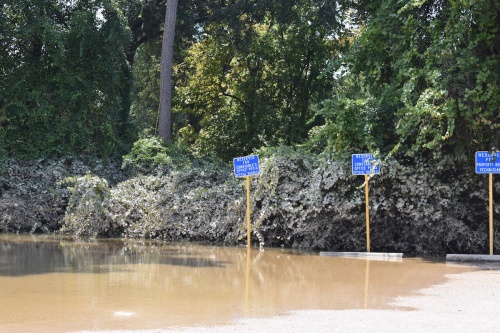 The Harris County Courthouse annex building on Cypresswood Drive in Spring was severely damaged by flooding this week brought on by Hurricane Harvey. The annex includes a Precinct 4 constable's office substation, District 1 sheriff's office substation and offices for the county tax collector/assessor, county clerk and justice of the peace.

About 3 feet of water flowed through the back of the building where law enforcement offices are located, HCSO District 1 Capt. Jay Coons said. The administrative offices located in the sheriff's office at the annex have temporarily moved to sheriff's office storefronts at the Northwest Assistance Ministries building on Kuykendahl Road and on Fallbrook Drive.

The amount of damage had not yet been estimated as of Thursday, Coons said. Harris County Commissioner's Court will make a determination on the future of the building and relocation of services if necessary, he said.