In the Spring and Tomball area, some local honey providers have seen an increase bulk sales despite complications amid the coronavirus pandemic. (Andy Li/Community Impact Newspaper)

Local honey providers in the north Houston area said they have seen an increase in customers buying in bulk despite complications from the ongoing coronavirus pandemic.

Kelly Brantley, co-owner of BZ Honey along with her husband Matt, said business has changed for them in recent months.

“Sales have been different,” she said. “Not having face-to-face has had an impact.”

Brantley said a lack of foot traffic due to the Tomball’s Farmers Market closing as the start of the pandemic initially hurt honey sales.

BZ Honey is currently operating out of Brantley's other business, Thirsty Bee Meadery, until restrictions loosen and BZ Honey can reopen, Brantley said.

“Once we are back to standard operations and can operate at full capacity we will open the honey store,” she said.

Despite initial losses, Brantley said online sales have increased during the pandemic and more products have been added to the online store.

“Online has done better than it has done before,” she said. “We have seen some peaks [in sales] no doubt, and we have seen that people are buying in larger volumes than normal."

Having to close the store has also given Brantley the chance to explore new ideas.

“Down time has given us an opportunity to explore new products,” she said. “So it hasn’t been that bad.”

Also in the honey business is Mike Theiss, owner of Theiss Farms which has market locations on Rayford Road and Stuebner Airline Road in Spring. Theiss said the demand for local honey products doubled in mid-March with some customers purchasing 8-10 quarts at a time.

“Since we opened and right about the time that [the pandemic] broke loose, there was a huge surge in the demand for honey, just because of its natural antibiotic property and people were looking for natural ways to help boost their immune system,” Theiss said. “Our honey sales have probably doubled over previous years.”

While there is no scientific evidence that consuming local honey alleviates allergy symptoms, according to the American College of Allergy, Asthma & Immunology, Theiss said the increase in demand is most likely a result of honey’s perceived health benefits amid the Greater Houston area’s spring-time allergy season.

Theiss added the recent completion of construction on Rayford Road may have also contributed to new clientele coming to the market. Nonetheless, Theiss said customers will be able to purchase honey from the market within the week.

“As of May 13, we're out [of stock], but we will be restocked by May 20 because [the bees] are producing really well right now,” he said. “The honey flow always starts coming in around the very end of May.”
BZ Honey Thirsty Bee Meadery Theiss Farms Market Tomball-Magnolia Business Spring-Klein Business The Woodlands Business Coronavirus (COVID-19)
SHARE THIS STORY 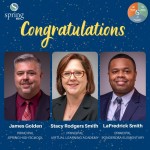 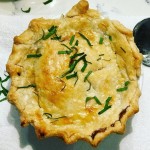