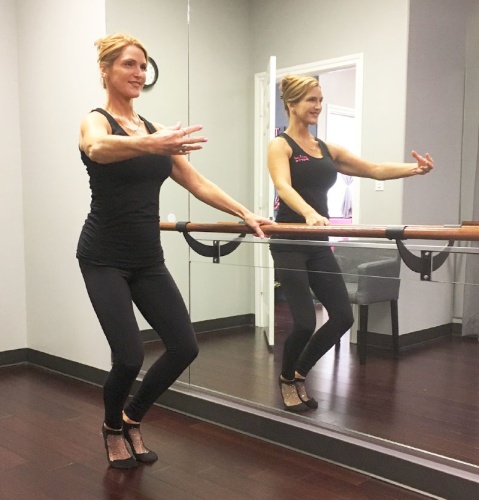 Like many entrepreneurs, Joni Hyde has experienced the ups and downs of owning a business. In 1997, Hyde launched Workouts for Women, an online personal training site. The website’s success helped her publish two fitness books and create a workout DVD.

“Everything was great,” she said.

Then in 2008, everything changed. Hyde’s husband unexpectedly died. One day after his funeral, Hyde’s mother died. And a few days later, Workouts for Women was hacked.

“Nobody could recover the information, so I shut down the corporation,” she said. “It was definitely a life-altering experience. It was just unbearable.”

Struggling to cope with her losses, Hyde said she and her daughter left her hometown in Florida and moved to Houston in 2010 for a change of scenery. Five years later, she opened The Workout Barre, a fitness and dance studio in Spring dedicated to improving the health and fitness of women and girls through nonimpact classes, which do not include jumping or forceful exertions.

The studio offers barre fitness and dance classes, including both group and personal sessions.

Barre is a mix of Pilates, dance and yoga that focuses on body weight resistance and high numbers of repetitions. It can also prevent injury and speed recovery, said Hyde, who has hip dysplasia and has found relief through the exercises.

In January the studio added a youth dance program that focuses on teaching girls dance styles, such as ballet, hip- hop and jazz, while fostering self-esteem in a noncompetitive environment.

“We want our girls to focus on learning the art,” she said.

Hyde is also working on a project called Joni in the Studio, a web talk show set to launch in July. The show will host women who have overcome challenging events, such as cancer or loss of a loved one, and still achieved success in fitness.

As for future efforts, Hyde said her mission remains the same: to increase women’s overall well-being and health.

“Fitness is critical to everyone’s life,” she said. “You should do something that makes you feel good from the inside out.”