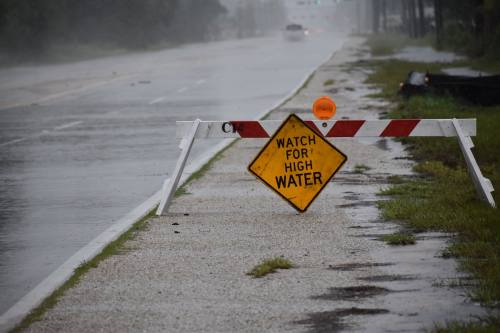 As many as 1,000 people have been rescued on the east side of Houston, according to Harris County Judge Lina Hidalgo.

As heavy rain continued to inundate southeast Texas on Sept. 19, teams of first responders from two states were performing high-water rescues, according to ABC 13.

Coast Guard crews from Baton Rouge and Houston responded to reports of flooding in Beaumont, according to a statement. Coast Guard members are currently staged in emergency operations centers in Jefferson County, Harris County and the city of Houston.

Houston Fire Department crews were responding to a number of rescues as well.

In Winnie, a fleet of high profile vehicles was seen traveling through high water along Hwy. 124 as levels continued to rise in the area, according to ABC 13. Texas Task Force 1, q College Station-based urban search and rescue team, was also on the ground in Winnie.

It is not yet clear how many structures have taken on water, but the need for rescues appears to be widespread in Chambers and Jefferson counties, according to ABC 13.

Flooding continues to be a bigger issue in Harris County as more rain falls over the city, affecting the north and east sections the hardest.

Follow all of our Houston-area flooding coverage, and check out ABC 13 for more Tropical Storm Imelda updates.