Pearland Miracle Field is a step toward inclusivity in Pearland 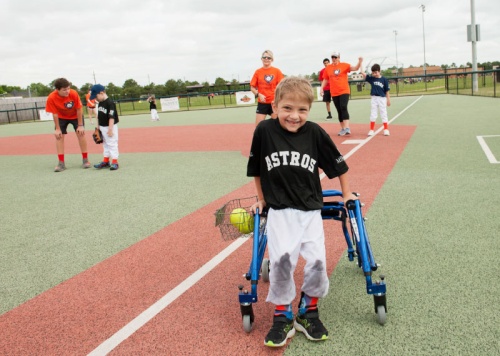 The Miracle League allows children with disabilities to play on a team and turf that fits their needs.u00a0

Pearland is working on building a Miracle Field, which provides a spot for children with mental and physical disabilities to play sports, particularly baseball.

This type of field was pioneered by the Miracle League, a nonprofit with a mission to build complexes around the world that allow children with disabilities to play baseball.

“An accessible facility provides for a higher quality of recreation for players whose needs include assistance with physical and mental obstacles,” said Chris Orlea, Pearland’s parks and recreation director.

History of the Miracle League

The Miracle League was created when Diane Alford’s community, Conyers, Georgia, realized there was a need for children with disabilities to play baseball. The first field opened in Conyers in 2000 with 120 child participants.

“There was nothing in this country we could copycat, so we created our own,” Alford said.

Now, there are 125 miracle fields in the country and internationally. The league has a large presence in Texas, but only two fields in the Houston area. Both are located in North Houston—about 40 miles away from Pearland.

Pearland City Council Member Adrian Hernandez said he saw a need for a Miracle Field when he heard Pearland residents were driving to the other Houston fields, despite the distance.

“I think it’s really cool that Pearland is doing this,” Hernandez said. “Anything we can do to set that kind of precedent is important … to make sure that people know we are an inclusive town, making strides for progress in all the right places.”

The goal of the Miracle League is to help expand children’s abilities, create new friends and build confidence in themselves, Alford said.

Miracle League complexes have things that make the sport easier to play for children on crutches or in wheelchairs, including a rubberized turf field. The field includes a playing area, restroom, concession complex, additional parking and a pregame and coaching space, all accessible to children with disabilities, Alford said.

“What we found out again is that by eliminating the obstacles, it opened up this gigantic door of opportunity for people with disabilities to play baseball,” Alford said.

The site is early in the design phase,  but would become a part of the Shadow Creek Sports Complex. The field is Phase 2 of the sports complex. The construction cost for Phase 2 is $7.2 million and will be paid for through the tax increment reinvestment zone reimbursable debt. A timeline has not yet been decided.

“As a sports center community, it is a natural evolution to continue to provide outlets and facilities that meet the needs of all athletes,” Orlea said.
SHARE THIS STORY