It's official: Lake Friendswood to open to the public next week 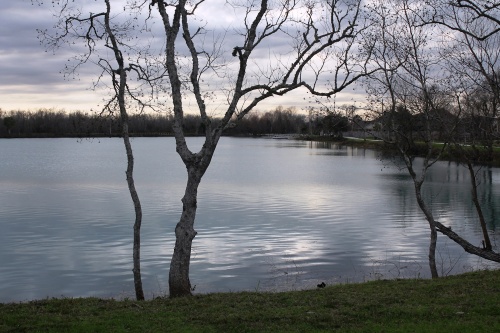 After years of hashing out funding, determining lake access and warning trespassers, the city of Friendswood has finally ended the turbulent saga of Lake Friendswood and will open its gates to residents on Monday, Feb. 6.

The 40-acre glimmering blue lake and park rests about a mile off FM 518 with sole access through the West Ranch subdivision off Davis Prairie Lane.

“The lake is beautiful,” said Friendswood City Council Member Jim Hill, who lives near the lake and has seen its evolution. “The real benefit is it’s where families can come and spend time in a tranquil atmosphere. There’s a tremendous amount of people interested in fishing. This isn’t like a sports park. This is a more peaceful relaxed atmosphere, and a good place for families. It’s a good place to walk, and it’s a great asset.”

When the park opens, fishing with a license will be permitted, but swimming in the lake will be prohibited.

The council approved the final acceptance of Lake Friendswood during its January meeting.

The Friendswood Development Co. in partnership with the city will build restrooms, a parking lot, a pavilion and an automatic gate in the summer. Temporary restroom accommodations will be placed in the interim.

“It has been a project that’s been a long time coming,” said James Toney, director of parks and recreation. “The reason we’ve been able to get this going is the 2013 bond initiative … The more green space you have [and] the more parks you have, it adds to the quality of life.”

Lake Friendswood was an old sandpit that was created in the ’80s when nearby homebuilders took sand from the area. They later dumped concrete and rebar to line the pit and keep it from eroding. Over time, the lake filled with water.

The lake and surrounding acreage was purchased by the city in the early ’90s with plans to turn it into a park. Although it had a grant from the Texas Parks and Wildlife Department to develop the lake into a park, the city lost a lawsuit in 1995, which divided the land interest between the city and a landowner who had a title to 5 acres of the lake.

The city shelved the project indefinitely, and trespassers were given regular warnings that the area was off-limits. Interest was revitalized in 2010, and funds were finally raised in 2013 as part of the bond referendum. While the city still has a divided interest, an easement runs through the landowner’s property to allow for the trail to fully encompass the lake.

“I think the people of Friendswood will enjoy this forever,” Hill said.

Park hours are dawn to dusk.