Pearland House Concerts is a concert venue with a cause 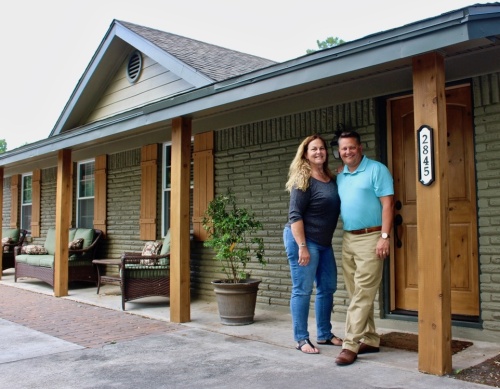 Mona Cabler and James Adams are hoping their home in east Pearland can be more than a platform for great live music.

“As long we’ve been together, we’ve been philanthropic, usually helping big organizations ... but as we’ve learned more, we transitioned years ago to supporting local organizations we’re passionate for,” Adams said.

Pearland House Concerts, which has been hosting shows since 2016, operates under a nonprofit called Beyond Generosity, which Adams said embodies their belief that philanthropy is not just for the wealthy—it is for everyone.

“We can all do more. We can all be more generous, and we should be,” he said.

The two keep the overhead costs low on each concert. The musicians are paid, but attendees bring their own chairs and food is donated. All the proceeds after costs are given directly to the charity selected for that event, Cabler said.

Organizations also have an opportunity to talk about their goals and can bring items to raffle off to raise additional funds as well.

“This event is unique,” said Charles Jackson, president of Rescued Pets Movement, which has benefited from several concerts totaling over $3,300 in donations. “They get the community engaged, and they get to hear about what we’re doing.”

It just so happens the venue serves a live music niche in the Pearland area.

“One of the nice things about doing this is, it’s really easy for people who live in the area that like live music, because there really isn’t a lot of options here,” Cabler said.

At the beginning, it proved difficult to book artists and get the word out, Cabler said. Then the house popped up on an online underground music listing.

“It went from me scrounging around to get people to pay attention to me to having to turn people away,” she said.

The venue is able to attract musicians coming through the area for performances in Houston and elsewhere. British band The Dunwells, for example, put on a show March 24 after headlining at South by Southwest in Austin.

Many of the performers have impressive resumes, Adams said, such as Houston native Kyle Hutton, whose songs have been performed by Roger Creager, and Templeton Thompson, who has worked with Reba McEntire.

Ideally, Cabler said they would like to get 50-60 attendees every month to make it worthwhile for the nonprofits they are supporting. Tickets vary by show, usually $25 or $35, with discounts for packs of four.

After the house took on about a half-foot of water during Hurricane Harvey, Cabler and Adams almost pulled the plug on their fall concert lineup. But several neighbors each offered up their property—in one case, a nearby barn—to cover several months of concerts.

Adams said that gesture reminded him they could not use Harvey as an excuse to not think about others in need.

“There’s people who have it worse than we do. … There’s still homeless, there’s still human trafficking going on, and they need help,” Adams said.
SHARE THIS STORY