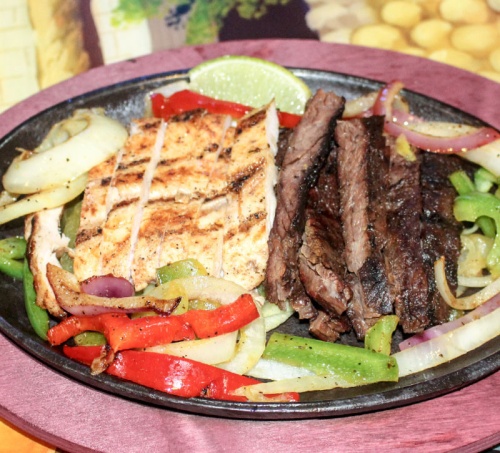 Can be chicken, beef or both, and served with rice, beans, grilled onions and peppers, and homemade flour tortillas; lunch special is $13.25

Moreno’s Mexican Restaurant in Friendswood is a family affair.

The restaurant was started by Rosalio and Maria Moreno in 2005. They are joined by their children, Elizabeth, Daniel and Rosalio Jr. Rosalio’s brother Isidro also works at Moreno’s as the general manager.

Moreno’s Mexican was originally located in the Galveston Bay Area before the family moved the restaurant to the Friendswood location. The original was opened in 2003.

Located at 2407 W. Parkwood Ave., Ste. 120, the restaurant offers plenty of Tex-Mex staples, such as fajitas and quesadillas.

“Whenever we’re trying to make the menu shorter, there’s no plate I can completely take out,” Elizabeth said. “Because everything really does sell.”

In addition to Tex-Mex classics, the restaurant serves harder-to-find Mexican dishes such as menudo, which Elizabeth said the restaurant makes constantly to keep up with demand.

“It’s very difficult to prepare in the sense that you have to really clean the menudo, really make sure that it’s not going to smell, and so it’s really hard to find good menudo,” Elizabeth said.

Other Mexican classics that have been added to the menu include the barbacoa.

All of the recipes were created by Maria. Maria, along with Rosalio, originally worked in restaurants before opening their own.

The most rewarding part of the business is working with the people in Friendswood, Elizabeth said. Sometimes this means turning a customer’s bad day around.

“People sometimes come in, and they come in with a sad face or they’re upset from work or tired— and just coming in, talking to us, getting great food and great margaritas, it definitely changes their mood, and it’s just nice seeing that,” she said.

The Morenos are planning on expanding to Pearland soon with a second location on Broadway Street near Hwy. 288.