Pearland, Friendswood officials watch for flooding in structures, on roads 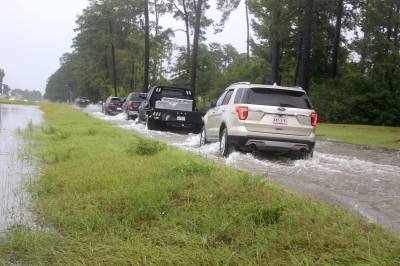 As Tropical Storm Imelda continues to rain down on the Houston area, flooding on roadways and in structures is a concern.

Alvin and Friendswood ISDs do not have any reported flooding in structures so far, district officials said. Pearland ISD officials did not respond to inquiries by press time.

"At this time, there are no reports of flooding in any of our structures or leaks that we are aware of," Alvin ISD Director of Communications Renae Rives said in an email.