Cities along Clear Creek look at rainfall and flooding data in light of Atlas 14.

Rainfall data released in September 2018 shows cities along Clear Creek, including Pearland, Friendswood and League City, deal with some of the hardest-hitting 100-year storms in the state, as these cities have a 1% chance per year of receiving 17-18 inches of rain in a 24-hour period. In mid-August, the Clear Creek Watershed Steering Committee, which is made up of 20 municipalities along Clear Creek, voted to continue researching the adoption of Atlas 14, the latest historical study of rainfall data in the area.

The last time rainfall data was released was in the 1990s. The amount of rain falling in a year has increased by 30% in the county since then, said Craig Maske, the chief planning officer at the Harris County Flood Control District.

The data in Atlas 14 would potentially alter the maps and regulations for new development—should cities choose to accept it. As cities are grappling to understand Altas 14 and its effect on new development, the Clear Creek Watershed Steering Committee—a committee made up of multiple cities in case joint funding was ever needed for a local project along the creek—is also revisiting existing flood and development regulations, to make sure every city in the watershed is using up-to-date regulations. However, this will be an uphill battle in terms of time and money, League City City Engineer Jack Murphy said.

“We need to get these maps updated, and there is a big cost to that, and [Federal Emergency Management Agency]’s not going to do it [in the same amount of time],” Murphy said.

More rain is falling more frequently, and new data is needed to chart this, Maske said. Because of this, the lines for 100-year storms, which have a 1% chance of occurring every year, needed to be redefined.

The committee can adopt Atlas 14 rainfall data as presented or look into studying it to make the data more accurate and specific to the Clear Creek Watershed and its entities, League City City Engineer Chris Sims said.

“The more precise data you have, the better decisions you can make from a planning standpoint, from a construction standpoint,” he said.

However, it may not be worth the millions of dollars it could cost to further study Clear Creek Watershed-specific rainfall intensity only to find out it is only slightly different than what is presented in Atlas 14. The steering committee is investigating further to see what course of action makes the most sense, Sims said.

Friendswood City Manager Morad Kabiri said he would like for Friendswood to adopt Atlas 14.

“For myself, I would prefer to adopt it. It’s the latest, best information,” Kabiri said.

Sims said he is not sure League City should accept Atlas 14 at face value.

Sims would not want the new standards to affect how much water is held back at new development, adversely affecting how much neighborhoods in the east part of the city flood, he said.

“I’m not comfortable enough to say, ‘Oh yeah, let’s adopt it full on,’” Sims said. “I would be very conservative on the implementation until we can determine how we’re impacting downstream residents and citizens.”

While the steering committee is discussing all cities  adopting Atlas 14 data together, there are no requirements on the cities to adopt the data with another city. Though the HCFCD is a member of the Clear Creek Watershed Steering Committee, Harris County decided to adopt Atlas 14 on July 9. This decision was made from a public safety standpoint, Maske said.

“New development and the new projects we design and build are designed with the best available data,” Maske said.

While Kabiri wants to adopt Atlas 14, he believes it is important for the watershed to make that decision together rather than Friendswood making its own decision.

“There are 20 different entities, and one particular entity may send more water to the creek than another,” he said.

The goal is for all the steering committee’s 20 entities to be on the same page with Atlas 14 so one municipality is not creating development or drainage standards based on rainfall data that does not align with neighboring communities, Kabiri said.

It is against the steering committee’s code to build a development that would negatively affect a city downstream, hence the discussion on Atlas 14 adoption and Friendswood’s hesitation to adopt the new information alone. Cities could choose to build to stricter codes than Atlas 14 requires, as the cities of Pearland and League City have chosen to do so far, Upton and Sims said.

New building codes must reflect that cities are receiving more rain than has been previously recorded. Development codes will need to be updated to keep more water out of new structures without sending it to nearby structures or cities, officials said.

“If you were to plug in any of those equations, you are going to have to provide larger facilities to mitigate in terms of construction,” Kabiri said. “Currently, to develop a piece of property, you have to mitigate your construction so there is no impact.”

Larry Millican, a League City City Council member who represents the city on the steering committee, said Clear Creek Watershed municipalities adopting Atlas 14 would require those cities to make engineering standards based on the updated data. Examples include deepening detention ponds, adding more street gutters and installing larger water pipes to carry more water so municipalities could handle the expected increased amount of rainfall during 100-year storms. If a city grows using engineering standards based on outdated data and is hit with a 100-year storm, that city will take on more water than engineered for, leading to flooding and drainage issues, Millican said.

The main way new development would be affected is through detention ponds, which would have to be made 20% larger, according to the new data, Maske said.

In Pearland, detention ponds for new development are already required to be larger than the size Atlas 14 would dictate, Upton said. The areas that were built before flooding regulations began in the 1990s are the only flood-prone areas in the city and are largely addressed in the city’s 2018 bond.

“I wouldn’t say it’s perfect yet, but we feel pretty good with what we’ve got right now, and we’ll continue to make tweaks on it,” he said.

A technical committee within the steering committee suggested updating the existing policy and criteria matrix chart for the organization, which is a compilation of the flooding and development standards for the municipalities within the committee while studying Atlas 14.

One of the reasons for doing this is to make sure the committee has a version of city’s most updated regulations, said Murphy, a member of the committee. Another reason if for cities to be able to compare their regulations with the cities around them. With Atlas 14, cities can update new development codes, and while doing this, can see how this might affect existing development in the city. With the new Atlas 14 data out, it is important to get an updated version of flood laws to make sure each city is aware of the regulations that others follow and whether or not Atlas 14 would affect that, Murphy said.

“The Atlas 14 is kind of an interesting study because it has come out and unfortunately none of our formats use those rain intensities to define those levels,” Murphy said. “All of those maps we are working from were all created before this new Atlas 14 information is available.”

For example, Galveston County and League City in August updated their flood maps for flood insurance purposes, as new data shows some residents who might have been in the 500-year flood plain are now in the 100-year flood plain. Harris County is also in the process of doing this.

League City’s FEMA maps, which took at least seven years to update, have the latest information for windstorm damage but include rainfall information that came out prior to Atlas 14, meaning the maps are already potentially outdated. Creating new maps will take both time and money, which Murphy said he hopes the Clear Creek Watershed can contribute to.

Until then, cities will continue to evaluate their regulations.

“That’s one of the things that the steering committee needs to be bringing up and accomplish because that’s really what the organization is going to be good for,” Murphy said.
SHARE THIS STORY 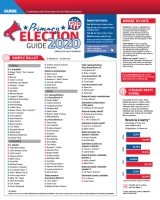