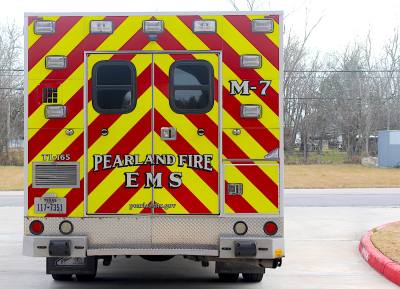 Voters outside Pearland’s city limits but within its service area have approved the creation of two new taxing districts to begin paying for fire protection and emergency medical services.

ESDs No. 4 and No. 5 will next have an oversight board appointed by Brazoria County. The board will then work to establish a tax rate of up to 10 cents per $100 in value and will be able to negotiate terms of service with Pearland officials.

"Assuming we are approached by a new ESD board, the City of Pearland is prepared to initiate discussions for continuing services under a straightforward contract which will compensate the City for a portion of the costs for providing emergency services," City Manager Clay Pearson said by email.

Based on projected revenues, the two districts will be able to generate about $1.5 million combined, but because taxes will not be collected until next year, the city will not be able to collect any service charges until 2020.

Up to now, fire and EMS to these areas in Pearland’s extraterritorial jurisdiction has been fully subsidized by Pearland taxpayers at a cost of around $2.1 million a year, according to city estimates.

Attempts to annex parts of these areas and begin collecting full city property taxes fell apart earlier this year under pressure from residents and county officials over how the annexation was handled.

After the annexations were overturned in March, City Council passed a resolution asking its ETJ residents to adopt fire protection agreements, or it would end service as of Dec. 31, 2018. With revenue not expected until 2020, the resolution may need to be amended to extend service one more year.

"I expect that the City Council will need to discuss broad parameters and also extend the deadline for payment or ending service into our ETJ," Pearson said.

Brazoria County has three other ESDs in operation covering most of the rural parts of the county. The new ESDs will be far smaller in terms of number of residents and land area.
SHARE THIS STORY

Jaguar of Clear Lake now open along I-45 South

The company will become the first-ever private company to travel to the moon—cementing Houston as a powerful player in the rapidly expanding aerospace industry, according to local elected officials and space industry experts.

Here are five local winter activities worth checking out in the Pearland and Friendswood area.

Of the reported COVID-19 tests, 8% have been positive so far the week of Nov. 28; the week prior saw a 5% case positivity rate among reported tests, one of the lowest since June.