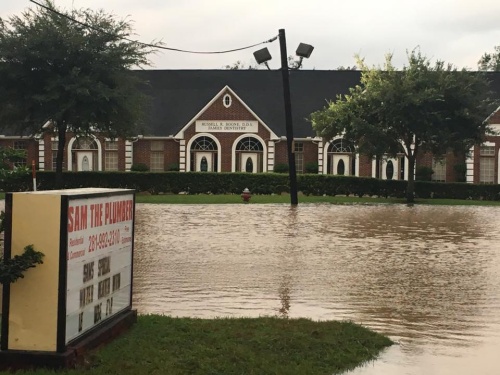 The City Council unanimously approved an ordinance last week to overturn a decision to adopt older flood maps last fall in favor of using newer, preliminary maps for new development. The ordinance will need one more vote to be confirmed at a future meeting.

The 1999 flood maps that the city reverted to after Hurricane Harvey allowed some homeowners to rebuild without having to meet costly elevation requirements, City Manager Morad Kabiri said. The map change only affected the Harris County side of the city.

Kabiri said if any homeowners in the area affected by the map change would be grandfathered, meaning they would not be required to elevate if the new map standards would have required it.

The new maps would only be used for new building permits as well as significant repair permits after future storms, Kabiri said.

However, the 1999 maps are currently still in use by the Federal Emergency Management Agency to determine flood insurance rates and requirements.

"I strongly encourage folks get flood insurance regardless of what flood zone they are in," Kabiri said.

Council Member Robert Griffon cautioned that the map change will mean some developers may be affected with more strict requirements.

"We need to make it clear too, that there's going to be more people in the A&E [flood zone], and they're going to have to mitigate," Griffon said. "We think we're doing something really great, but we're going to hear the negative side of it, too."

The council also approved hiring a Rice University research team to conduct a flood study to provide data to the city's drainage subcommittee. A report from that team is expected by January.