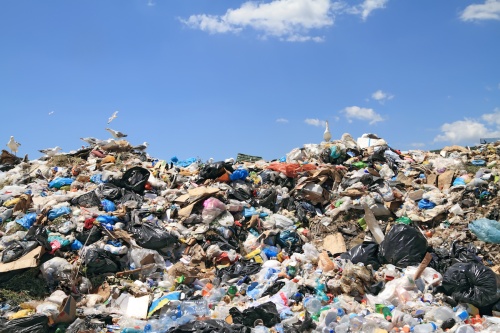 Residents of west Pearland are one step closer to experiencing relief from a nuisance odor that has persisted for years.

More than 1,700 odor complaints were filed with the TCEQ as of Nov. 1, and 78 investigations were conducted, according to the TCEQ, prior to the citation notice for “failure to prevent a nuisance condition.”


Next steps on enforcement

Since the landfill was notified, the Pearland Odor Task Force—a collective of city and TCEQ officials, residents and Blue Ridge Landfill representatives—has discussed hiring an environmental expert and requesting residents to fill out affidavits to record odor events.

“While the city wants to resolve the issue as soon as possible, the city’s role is that of a communications facilitator and liaison between our residents and the TCEQ. The Blue Ridge Landfill is not within the city of Pearland’s jurisdiction and is regulated by the TCEQ, which has the mandate for regulating the use,” said Assistant City Manager Trent Epperson.

To come into regulatory compliance, the landfill must outline its corrective actions, document that compliance has been achieved and establish preventative measures to avoid future nuisance odors.

A draft order is expected to be sent in mid-December to the landfill operator.

“Failure to comply with any permit condition may constitute a violation of the permit, the rules of the commission, and the Texas Solid Waste Disposal Act, and is grounds for an enforcement action, revocation or suspension,” said Andrea Morrow, a spokesperson for the TCEQ.

Blue Ridge Landfill, which is operated by Phoenix-based Republic Services Inc., said in a statement that it has responded to the TCEQ citation and is working to curb the odor.

“As a good neighbor, we have made considerable infrastructure investments in the site that are yielding positive results. We are continuing to invest in our systems and operate the landfill in an environmentally responsible manner and as a good neighbor to our community,” Blue Ridge Landfill said.

But an order from the TCEQ doesn’t mean relief will come soon. The landfill can choose to appeal the order.

If a settlement isn’t reached during litigation, a contested case hearing can be held with the State Office of Administrative Hearings. Furthermore, a case can be referred to the Office of the Attorney General for enforcement.

“I will continue the dialogue with Blue Ridge Landfill and TCEQ and the City of Pearland to ensure we reach a timely solution,” said Rep. Ed Thompson, District 29, who has coordinated between the landfill, TCEQ and residents.

The landfill allegedly violated state statute by emitting air contaminants in concentrations above the TCEQ threshold that “may tend to be injurious to or adversely affect the human health or welfare, animal life, vegetation, or property, or as to interfere with the normal use and enjoyment of animal life, vegetation, or property,” according to the TCEQ citation and summary of investigation findings issued to the landfill.

The TCEQ did not note any direct adverse health effects from prolonged exposure.

“The range of [hydrogen sulfide] concentrations measured could result in the perception of odors if exposure were to occur, which is consistent with citizen odor complaints. If sufficiently persistent and strong, odors have the potential to cause indirect, odor-related health effects such as nausea,” Morrow said.

Complaints against the landfill go back nearly a decade.

The Blue Ridge Landfill submitted a permit to TCEQ in 2006 to expand from nearly 600 acres to 1,345 acres and to expand upward to a maximum height of 170, but the city of Pearland contested the application in 2007 on behalf of its residents.

Although the city doesn’t have direct jurisdiction, Pearland was able to secure concessions from the landfill operator.

In 2009, the landfill conceded to reduce its acceptance of Class I waste by 50 percent and to cover it with six inches of soil to minimize any emissions. It also agreed to limit its height to 60 feet for 12 years and then 130 feet for an additional eight years, according to a Houston Chronicle report.

To preserve the area’s aesthetic, grade breaks and landscape screenings were placed along the eastern slope.

The landfill also agreed to construct 43 monitoring wells to check for potential water contamination, limited its hours of operation and prohibited trucks from using Broadway Street between FM 521 and Texas 288.

Some residents are concerned about the potential hit to their property appraisal values. The average price of a home in Shadow Creek is about $350,000, according to the Houston Association of Realtors.

The MUDs are taxing entities that are dependent on property values for revenue in order to pay down water, sewer and utility infrastructure debts.

The MUDs will closely examine their 2017 tax rolls.

“[Legal action] was explored, but we’re going to keep an eye on it,” said Michael Parks, president of Brazoria County MUD No. 26, about the odor issue. “We want to support what [Pearland] has going on now.”