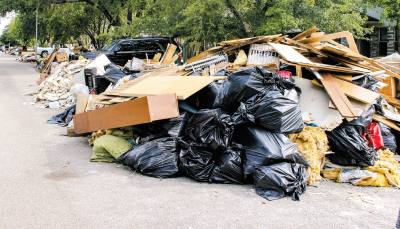 Harris County Judge Ed Emmett said he hopes the funds approved by Congress can be made available to be put to use quickly.

"Today’s passage of disaster funding marks another crucial step forward as Texans continue to recover and rebuild in the aftermath of [Hurricane] Harvey, and I thank the Texas delegation and leaders in Congress for taking action to pass this critical recovery package," Abbott said in a statement. "The much-needed funding included in the bill for flood mitigation projects, housing and infrastructure repairs, will provide a meaningful benefit to Texas."

Emmett said he hopes the funds approved by Congress can be made available to be put to use quickly.

"Now that Congress has acted, we move on to the next stages, which is to request action from the State of Texas on our joint city-county request for at least $200 million in aid to shore up our damaged flooding infrastructure," Emmett said in a statement. "With that in hand, the county can finally move forward in funding its own mitigation and buy-back programs."

Although how the money gets split up between Texas, Florida, Puerto Rico and other areas recovering from disasters has not been specified, the bill did include the following specifications.

All Greater Houston area representatives in the Senate and House of Representatives voted in favor of the budget bill. The bill passed along bipartisan lines in both the House and Senate, where it passed 240-186 and 71-28, respectively.

Residents of 50 homes in Clear Lake and the surrounding area began forming a co-op in spring 2020 through Solar United Neighbors, a national nonprofit focused on supporting the growth of residential solar energy by informing consumers.