The Texas Department of Transportation held a public meeting Dec. 8 on the proposed design changes for the Hwy. 249 extension from FM 2920 to Hardin Store Road. A number of area residents asked questions during the TxDOT public meeting. [/caption]

The next phases of the Hwy. 249 corridor extension—known as the Aggie Expressway—from FM 2920 in Tomball to Hwy. 105 in Navasota are one step closer to breaking ground.

During a Dec. 8 Texas Department of Transportation public meeting, a number of area residents had an opportunity to offer feedback on the proposed design changes from FM 2920 to Hardin Store Road on the future Hwy. 249 tollway project.

The design changes include ramp configuration alterations, the addition of a continuous overpass from Brown to Baker roads and an overpass at Zion Road, which will require 0.2 acres of additional right of way, according to TxDOT plans. The updated plan includes additional floodplain mitigation near Spring Creek, 5.8 acres of detention in Harris County and 9.8 acres of detention in Montgomery County.

“There were some difficulties in building the project the way it was originally shown,” said John Tyler, deputy director of engineering for the Harris County Toll Road Authority. “The benefit to having a continuous overpass is it won’t have a wall in that section—looking at the road, it will be more open. The ease of construction was the main reason.”

With the design changes, a proposed southbound entrance ramp to the estimated $175 million Tomball Tollway Phase 2 in front of Lone Star College-Tomball was deleted, Tyler said.

“The reason it was deleted was we were coordinating with the college and the city of Tomball, and we found out the college is building a new south entrance that will come off of Baker Road,” Tyler said. “It allowed us to shift the frontage road farther away from the college.”

The existing north entrance to the college at Zion Road will remain, and a new south entrance will be constructed before Phase 2 breaks ground in January 2017, Tyler said.

Some residents with businesses located along the Phase 2 route also asked questions during the meeting about the proposed effects of construction. There will be no permanent closures of the entrances and exits at shopping centers near LSC-Tomball during construction, HCTRA project engineer Dale Hilliard said.

The tolling system on the future phases will be similar to the structure seen on the 6-mile Tomball Tollway Phase 1, which costs $1.45 to travel, Tyler said. Another mainlane toll plaza, similar to the plaza on Phase 1, will be constructed on the first section in Montgomery County, he said.

TxDOT and the Houston-Galveston Area Council are contributing funds for frontage roads and improvements to drainage channel M124 along the Tomball Tollway Phase 2, Tyler said. HCTRA will also assist the Montgomery County Toll Road Authority with tolling on its section in Pinehurst, he said.

The tollway design changes will be approved in mid-2016, and the bidding process for the project will complete next fall, Tyler said. Construction is expected to be complete in early 2019.

The first Hwy. 249 section in Montgomery County from Spring Creek to the area near Woodtrace Boulevard is undergoing the final stages of its environmental impact statement, said Danny Perez, TxDOT Houston District public information officer. Construction on the Montgomery County portion in Pinehurst could begin in mid-2017 and complete around the same time as the Harris County section, he said.

TxDOT is constructing the remainder of the Hwy. 249 extension in two segments—one from near Woodtrace Boulevard to FM 1774 near Todd Mission and another from FM 1774 to Hwy. 105 in Grimes County. The Grimes County portion is also undergoing an environmental assessment, and a public hearing will be held in February or March, Perez said.

“TxDOT has previously issued a request for qualifications and has short-listed five [construction] teams on the Hwy. 249 extension from near FM 1774 [in Pinehurst] to Hwy. 105,” Perez said. “The timing and scope of the project is subject to the results of the environmental studies currently in progress.”

All public comments on the Tomball Tollway Phase 2 design changes must be submitted by the Dec. 22 deadline to hou-piowebmail@txdot.gov. 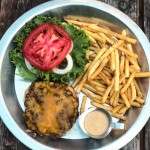