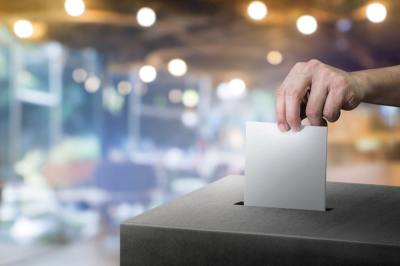 Voting results for the May 2019 elections are rolling in. Find out who will be elected to be the mayor of Humble, as well as who will serve on the Humble ISD board of trustees.

The final unofficial votes have not been updated on Harris County's election website as of press time. All results are unofficial until canvassed.

Aaron, who as has served as mayor of Humble since 2015, said during a phone interview with Community Impact Newspaper on election night that he intends to continue addressing numerous items in his next term, including securing Hurricane Harvey funding and addressing traffic concerns in the Humble area, as well as noise pollution.

"I’m looking forward to accomplishing the things that I’ve started, especially in some of the different areas that we need to concentrate on," Aaron said. "The city itself is changing very rapidly, and we’re not the only area people come to shop … so we’re looking at the next two or three years as being very critical as we look at ways to fund our city."

Polls closed at 7 p.m., and early voting results for the May 4 election are in. The two candidates in the race for mayor of Humble are incumbent Merle Aaron, who was elected into the position in 2015, and candidate Arliss Bentley.

All results are unofficial until canvassed. To know up-to-date counts as results come in, follow our coverage at www.communityimpact.com/may-2019-election.
SHARE THIS STORY