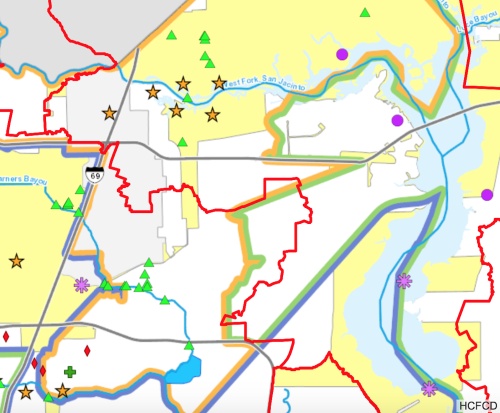 On Monday, the Harris County Flood Control District released the final list of projects that will be funded by a $2.5 billion bond package, if the referendum is approved by voters Aug. 25.

The final list of projects includes 38 projects that were suggested by residents in a series of meetings held throughout the Greater Houston area this summer. HCFCD officials will present the list of projects to the Harris County Commissioners Court at its Aug. 14 meeting.

HCFCD officials plan to use the bond funds to fully finance some local projects, such as general drainage improvements, but the majority of the bond money will be used as a local match for federal funding HCFCD receives.

Below are the projects HCFCD officials have identified in the Lake Houston area. Find the full list of projects here.

Early voting for the election runs from Aug. 8-21. Find early voting locations near you here.