The Humble Cemetery has been under the care of the city for more than a decade. (Courtesy Google Maps)

Humble City Council unanimously approved an affidavit of ownership at the Feb. 13 council meeting, making way for the city of Humble to take formal ownership over the land associated with the Humble Cemetery.

The cemetery, which sits on 3.213 acres of land at the intersection of North Houston Avenue and Isaaks Road, has been under the care of the city for more than a decade, Humble City Manager Jason Stuebe said.

In response to citizens' concern, Mayor Merle Aaron explained the history behind the city's involvement with the cemetery.

"Years ago, the cemetery had been neglected and grown-up," Aaron said. "Several years ago, we took on the task of keeping it mowed and started to edge around the tombstones. We found out that we have no title to it at all."

Previously, the land had been under the ownership of the now-dissolved organization Humble Cemetery Association, which has no surviving members, Stuebe said. He said the organization initially approached the city in 1967 about deeding the property to the city; however, the deal never went through.

“Our parks department has done an outstanding job of taking care of [the cemetery],” Aaron said. “A lot has gone into this—a lot of thought and a lot of work.” 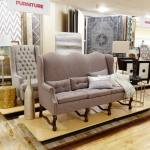