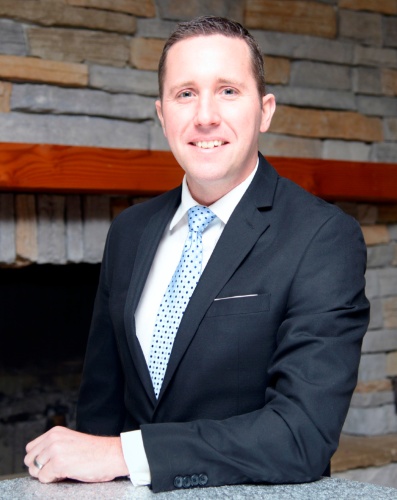 Jason Stuebe stepped into his role as Humble city manager Jan. 15 after serving as interim city manager for about one month. Before that he served as the city’s secretary for a little more than four years. Prior to moving to Humble, Stuebe worked in College Station as the assistant to the city manager.

Stuebe said the city’s potential encouraged him to take on the role. He said the city is beginning to draft a strategy for what the city will look like in the future.

Why did you want to become city manager?

[The future of the city] encouraged me to want to take the position. In College Station, I was very comfortable with where I was at, but I also knew if I wanted to be a city manager someday I had to get out of that bubble. I see a lot of good things possible for this area and this city in particular. And when I look at something like downtown Humble, I find myself going ‘This place has really great bones.’

What are your plans for the city of Humble’s future?

One of the biggest things that we’re going to be tackling here in the next year or two is we’ve never sat down as a city and developed a strategic plan for the future. And so I’ve committed to the council, and they are expecting ... that we ... become more strategic in the way we do things. A strategic plan should ultimately be what drives your budget and ... your goals as a community.

What are some of the challenges the city of Humble is facing?

For us the biggest elephant in the room in terms of a long-term sustainability is our reliance on sales tax [revenue]. It’s so critical because we are mandated to be in the [Metropolitan Transit Authority of Harris County], so one penny out of our sales tax is shipped out to them. Now, we have an agreement with them that they kick half of the penny back to us, which we use on general mobility. But, when it comes to true economic development and attracting new businesses [such as] commercial or high-tech industrial, we don’t have a pot to go to for that to offer an incentive.

How else can you create revenue?