About 1,000 Lake Conroe and Lake Houston-area residents gathered in the Lone Star Convention and Expo Center in Conroe on Jan. 21 to hear information on the seasonal lake lowering strategy. (Kelly Schafler/Community Impact Newspaper)

About 1,000 Lake Conroe and Lake Houston residents as well as local elected officials gathered in Conroe on Jan. 21 to voice their opinions on the temporary seasonal lowering of Lake Conroe.

In a partnership with the city of Houston, the San Jacinto River Authority began seasonally lowering the lake in 2018 as a flood-mitigation strategy to lessen flooding downstream of the dam along the West Fork of the San Jacinto River and in the Lake Houston area. It was initiated as a regional strategy after Hurricane Harvey devastated the area in August 2017.

The SJRA board will consider renewing the temporary lowering strategy for another year at its Feb. 20 special board meeting. Ahead of the vote, Chuck Gilman, director of flood management division at the SJRA, presented a report at the Jan. 21 meeting to answer questions and concerns about the strategy.

Gilman said the lake lowering strategy, which was implemented after two engineering reports showed the benefits of the initiative, helped the Lake Houston area in the storm that occurred May 7-9 of last year. While Lake Conroe received 3.15 inches of rain during the storm, the Atascocita, Humble and Kingwood areas received between 3-7 inches, according to rainfall data from the SJRA and the Harris County Flood Warning System.

“There was a very different rainfall pattern that was taking place in the lower regions of the watershed, and this storage actually provided a significant benefit for those in and around the Lake Houston area,” Gilman said. “Having that storage in the upper regions of the watershed allowed us to reduce our peak releases and reduce peak flow in the river and also peak lake level.”

However, Gilman said the strategy did not have an effect on flooding from Tropical Storm Imelda on Sept. 19, as many homes in the Lake Houston area flooded despite water not being released from Lake Conroe. Gilman said the rainfall’s distribution, intensity and location affected flooding in the area.

Lake Conroe residents addressed the board of directors during public comment to express their frustration with the ongoing lake lowering strategy, saying it was damaging boats on lakefront homes, potentially reducing property values and putting the water reservoir at a greater risk if a drought occurred.

Kellie Anderson, co-owner of Stow-A-Way Marina & RV Park on Lake Conroe, said she remembers her business being negatively affected about 10 years ago when Lake Conroe was lowered in 2009 to allow the SJRA to repair damages to the dam after Hurricane Ike. This was followed by a drought that lowered the lake further, which Anderson said not only decreased rental sales by 57% in 2011 but made it difficult to launch boats into the lake.

“This lake situation devastated our business," she said. "Absolutely, hands down, Lake Conroe itself is our livelihood. Without it, our business cannot survive."

Meanwhile, Lake Houston residents implored the SJRA to continue the strategy, which they said helped during the May rainstorm and is only temporary while more permanent flood-mitigation projects could be completed, such as dredging along the river and building dam gates on Lake Houston.

Stan Schrade, the board chairman of the Lake Houston Area Chamber of Commerce, said he understands the concerns of Lake Conroe homeowners, as he also lives and works near Lake Houston. However, he said he wants the SJRA to continue lowering the lake.

"We understand property taxes. We understand sales tax. ... We understand ... all the economics of living on the lake," he said. "It's going to take a lot of people to fix this problem, and we need all the help we can. In that essence, we want to ask you to continue for your support in lowering the lake on a seasonal level."

The SJRA board will vote on the issue at its Feb. 20 special board meeting at the Lone Star Convention and Expo Center, 9055 Airport Road, Conroe.
SHARE THIS STORY 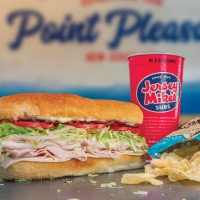 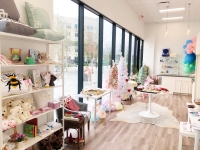