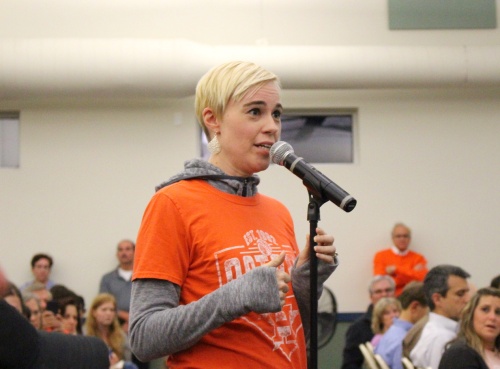 Following cease-and-desist orders from the city of Houston and outrage from Elm Grove Village residents, Figure Four Partners, the property owner for Woodridge Village, has reportedly agreed to install all retention ponds on its property before resuming construction.

Kingwood-area residents and city of Houston officials allege the construction on a new section of Woodridge Village caused flooding in communities south of the development during heavy rains in May and Tropical Depression Imelda on Sept. 19. Imelda dropped 14-28 inches of rain on the Kingwood, New Caney and Humble areas from Sept. 17-19, according to rain gauge data from the Harris County Flood Warning System.

The orders allege sand, silt, sediment and debris were discharged from the construction site into the city of Houston’s sewer system during Imelda on Sept. 19, according to an Oct. 2 news release from Houston City Council Member Dave Martin’s office.

As a result of this discharge, the city of Houston started a 12-week extensive investigation of the stormwater system located within Elm Grove and other communities within the far northeast section of Kingwood, according to the release.

At the Kingwood/Lake Houston-area town hall Oct. 17, Houston Mayor Sylvester Turner and Martin said after Houston officials met with the three companies involved in the cease-and-desist order, the property owner agreed on the morning of Oct. 17 to install all retention ponds on the project before moving forward on other construction.

“Instead of doing detention as you go along in phases … our demand was doing all of the detention up front before you build one home, one street,” Turner said. “It doesn’t undo what has been done, and I’m certainly not going to stand here and say this is the perfect solution, but what I will say is that we’re holding them to a much higher standard.”

According to the letter from Gray Reed Attorneys & Counselors, the legal representation for Figure Four Partners, construction on a retention pond on the south side of the property will be completed in 30-45 days, or in mid-November to early December. Three other retention ponds on the north side of the property will be installed in the next 150-280 days as well as drainage swales—or shallow channels—to capture sediment runoff, the letter stated.

However, Elm Grove residents in attendance at the town hall said the timeline is not quick enough and that they need assurance flooding will not happen again. Elm Grove resident Stephanie Tiner, who is also a teacher at Elm Grove Elementary, said 200 of her 500 students' residences flooded a second time during Imelda.

“I have already lost neighbors on my street because they can’t return to their homes anymore because they didn’t have flood insurance in the first place, and now they can’t afford flood insurance because the rates have gone up so far,” Tiner said. “So my question to you is … what is going to happen to make that date come sooner? Because, frankly, that’s not good enough for my students and their families.”

Turner assured Kingwood residents in attendance the city of Houston will continue to work with Figure Four Partners to see if the retention ponds can be finished sooner.

Correction: The original version of this story incorrectly stated that Woodridge Forest was the Montgomery County development, not Woodridge Village.