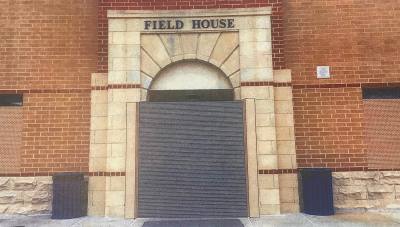 Kingwood High School is one step closer to getting some flood relief as the Humble ISD board of trustees Oct. 15 approved PBK Architects as the architectural firm for a major flood mitigation project.

The project would create protective floodgates at Kingwood High School that would float up to cover entrances and windows during heavy rainfall events, according to a district news release published to the Kingwood High School website. During all other times, the gates would be underground and not visible.

The campus, located off Kingwood Drive near West Lake Houston Parkway, received some water inside athletic areas of the campus during Tropical Depression Imelda on Sept. 19, officials said after the storm.

However, Kingwood High School received the most damage during Hurricane Harvey in August 2017, as the campus took on more than 6 feet of water and had to close for roughly six months to undergo more than $74 million in repairs, Community Impact Newspaper previously reported.

According to the release, the district has been working with the Federal Emergency Management Agency for 18 months to develop a plan to mitigate long-term flooding on the campus. The floodgate project is nearing final approval from FEMA, and once construction begins the project will take roughly 2 1/2 years to complete.

The project is estimated to cost $30 million, with FEMA set to pay 90% of the cost, while HISD will be responsible for 10%, or roughly $3 million. The district’s portion will be funded from the general fund.

District officials said more information on the project will be presented at the Nov. 12 board of trustees meeting.