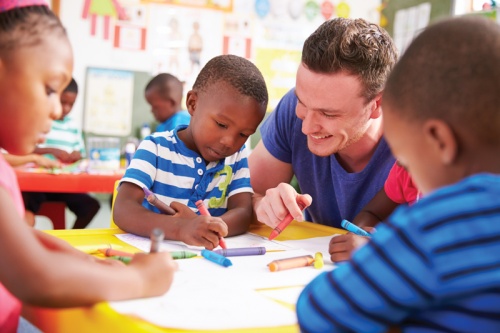 Humble and New Caney ISDs are considering how best to implement a state mandate issued this year requiring all public school districts to offer full-day pre-K to eligible 4 year olds.

The mandate in House Bill 3, the school finance reform bill, poses different implications for both districts; HISD already offers full-day pre-K at a little more than half of its elementary schools, while NCISD offers half-day pre-K at all 11 elementary campuses.

Eligibility is limited to students who are 4 years old by Sept. 1 and either receive free or reduced lunch, are foster children, have difficulty speaking English or are children of an active-duty military member.

Also as part of HB 3, lawmakers brought back high-quality requirements from the 2015 session and created an early education allotment to add $616 for each kindergarten to third grade student who is economically disadvantaged or an English language learner, which can be used to implement full-day pre-K programs. Requirements of high-quality programs include qualified staff, professional development, proper student-staff ratios and reducing class sizes, according to the Texas Education Agency.

“School systems have, to some degree, been reactive in dealing with kids, and we’re saying now, ‘No, let’s be proactive, and let’s put the money where it belongs,’” he said.

Research has shown children attending full-day pre-K programs do better on mathematics and literacy tests than children in a three-hour public preschool program, according to a 2006 study from the National Institute for Early Education Research. In the study, children in the full-day program improved more than 10 points on two of four achievement measures: association of pictures and vocabulary words and applied problems.

Full-day pre-K also offers consistency of care to the most vulnerable students, such as those from a lower socio-economic status and English language learners, said Melanie Johnson, the president and CEO of Collaborative for Children, a Houston-area advocacy group.

“While the brain is developing from birth to 5 years old, it’s very important to be in a learning environment,” Johnson said.

However, some agencies worry there is still not enough funding to offset districts’ costs to meet the mandate. Chandra Villanueva, the economic opportunities program director for the Austin-based policy institute Center Public Policy Priorities, said she considers full-day pre-K an unfunded mandate because the state is not directly funding it.

The average daily attendance, or ADA, of students determines a district’s basic allotment, or base funding for each student. However, the state still regards pre-K students as half a student, meaning it takes two pre-K students to meet the ADA requirement to get the base funding amount, she said.

“You’re telling districts that they have flexibility and choice with this money, but at the same time telling them they have to do full-day pre-K and they’re not funding it, so that money is going to have to go to full-day pre-K,” she said.

For New Caney ISD, cost and space are the primary factors keeping the district from immediately expanding to offer full-day pre-K, said Scott Powers, the executive director of public relations at NCISD. The district estimates it will receive about $2.9 million from the early education allotment, but Powers said NCISD does not yet know how much full-day pre-K will cost NCISD.

The district currently offers half-day pre-K at all 11 of its elementary schools. Powers said the district estimates enrollment in full-day pre-K will increase once implemented—which could cause a strain on district staffing.
Roughly 60% of all NCISD students qualify for free or reduced-price lunches, while roughly 30% are English language learners, per 2018-19 data from the TEA.

“The challenges with the current mandate generally revolve around implementation, things like staffing and having appropriate space for accommodating increased enrollment,” he said.

“Without knowing the design of a full-day prekindergarten program, it’s difficult to estimate the extent to which classroom space is a problem,” he said.

According to the TEA, districts are allowed to apply for a one- to three-year waiver—with one renewal—to extend the deadline before applying the program. A district can be exempt only if implementing the program would require additional classroom facilities or result in fewer eligible children.

Powers said NCISD will develop criteria to consider partnering with local child care entities to offer full-day pre-K services, but NCISD will likely apply for a waiver in the 2019-20 year.

On the other hand, the full-day pre-K mandate will not affect day-to-day operations at Humble ISD, as the district has been offering the full-day program at many of its campuses for several years. In the 2015-16 year, HISD launched a full-day pilot program at three elementary schools, said Luci Schultz, the assistant superintendent of elementary education at HISD.

Schultz said full-day pre-K programs have been successful at HISD, with attendance rates increasing and parents and children becoming more prepared for kindergarten.

“The more you’re talking and playing with things hands on … your oral language development is going to increase, which ... promotes success with reading and writing,” she said.

“Instead of using local funds to support the full-day implementation, the state is now going to give us revenue for those students that we pay the other half [for now],” she said.