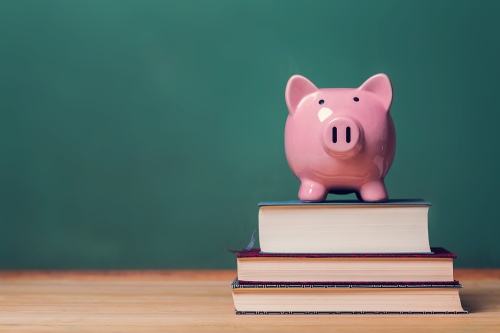 As legislators debate public school financing reform in the 86th legislative session, local school districts like Humble and New Caney ISDs try to plan for the next budget cycle.

In the 86th Texas legislative session, lawmakers are working to fix the state’s long-standing problem of public school funding, which could have long-term ramifications for local school districts.

The percentage of public education funding that comes from the state has decreased in recent years in many school districts—including Humble and New Caney ISDs. Meanwhile, the local share, which consists of property taxes, has increased.

But the state legislative session aims to change that, as legislators have filed bills to address the state’s public school finance system. Even Gov. Greg Abbott called education reform a top priority of the session during his 2019 State of the State address on Feb. 5.

Chandra Villanueva, program director of the Economic Opportunity Division at the Center for Public Policy Priorities, said she is optimistic school finance reform will pass this session.

“If something doesn’t pass, it just means we’ll be stuck with the same system that we always have been—that the Supreme Court has said was lawful but awful—so it will be an outdated and underfunded system that we’ve had for the last decade or more,” she said.

Both the Senate and the House have agreed to set aside roughly $9.3 billion from the 2020-21 biennium’s budget—$6 billion for education reform and $3 billion for property tax reform. How exactly the money will be spent has not been decided, with both chambers advocating for bills of their own.

With the legislative session ending May 27, barring a special session being called, the chambers must compromise to alleviate the stress of school financing on local school districts.

House Bill 3, the House’s approach to school financing, was passed in the House on April 3 in a 147-1 vote before it moved along to the Senate, and the bill went to a hearing in the Senate Education Committee on April 16.

“I think it’s critical [to get a bill passed],” said Rep. Dan Huberty, R-Houston, co-author of the bill and chairman of the House Public Education Committee. “This is the opportunity for us to solve this problem. We have the opportunity; we have the money. … This is something that is our responsibility as legislators to do.”

In its current form, HB 3 would increase the basic allotment, or base funding for each student, from $5,140 to $6,030—which would amount to an $890 increase per student.

While SB 4 also includes an increase in the basic allotment, it increases it by $840 per student, Villanueva said. SB 4 was still pending in the Senate Education Committee, as of press time; she said it is likely the Senate will amend HB 3 with language from SB 4 and debate it between the two chambers in early May, which is after press time.

“SB 4 is similar to the House bill … but the biggest sort of fault line between the two bills, at this point, is how to address teacher pay,” she said.

The House and the Senate both plan to address teacher pay this session, although the chambers have proposed bills that address it differently. Zeph Capo, president of local advocacy group Houston Federation of Teachers, said while HB 3 would require districts to spend a minimum of 25% of their basic student allotments on nonadministrative staff salaries, the Senate is proposing $5,000 across-the-board raises for teachers and librarians.

The proposed HB 3 also includes the elimination of the Cost of Education Index, or CEI. Guy Sconzo, executive director of advocacy group the Fast Growth School Coalition, said the CEI was a weighted factor adopted in 1990 that attempted to recognize how the cost of doing business varies by areas.

In HISD, for example, $30 million of its state funding in 2017-18 was from the CEI factor, according to district data. If HB 3 is passed in its current form, the CEI factor would be eliminated.

With the legislative session set to run until May 27 at the earliest, school financing bills currently up for discussion can be left pending in chamber committees or face amendments before the session is over. Local district officials said that can make it difficult for them to plan for their 2019-20 budgets.

NCISD Superintendent Ken Franklin said via email the district is hoping to retain local control and flexibility from the state when it comes to responding to various needs of the NCISD community.

“Priorities, locally, include equitable funding that addresses the needs of students, annually remaining competitive in the marketplace for teachers, and addressing the needs of a fast-growth school district,” he said.

HISD Superintendent Elizabeth Fagen said the legislative session puts the district in limbo, and it had to postpone its first budget workshop, which was originally scheduled for April 16, in lieu of major legislation changes that could affect the budget. Fagen said HISD intends to prioritize raises, special education, additional staffing for new facilities, and safety and security.

“What I’d like to see is an outcome that is tighter, so that the lowest funded [districts] and the highest funded are not so far apart,” she said. “That’s our interest, is making sure all districts can provide a quality education for all students."
SHARE THIS STORY