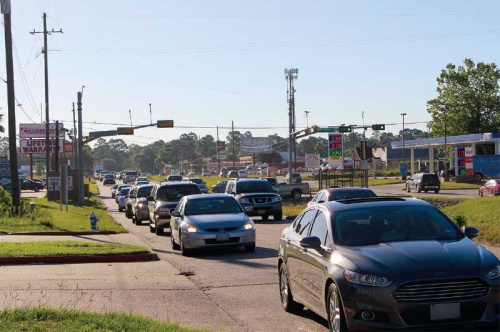 Construction on the expansion of Northpark Drive will depend on funding.

Tax Increment Reinvestment Zone 10 officials are searching for new funding sources for the expansion of Northpark Drive after a new financial assessment projected decreased property tax revenue in the wake of Hurricane Harvey.

The analysis, which was announced at the board’s January meeting, projected the TIRZ would only have the capacity to borrow enough money to put $19 million toward the project, consultant Ralph De Leon said.

The entity needs $32 million to begin construction in 2018 on Phase 1 of the project, which expands Northpark Drive from four to six lanes between Hwy. 59 and Russell Palmer Road. The project includes an overpass at the railroad track that runs alongside Loop 494.

The property that flooded inside the TIRZ boundaries is valued at around $350 million, De Leon said. De Leon also noted the figures could change; he said the TIRZ will get a more realistic look at the effect Harvey had on property valuations from the Harris County Appraisal District this fall.

“What our financial advisors did was take those same properties and they discounted them by 30 percent, and they’re growing them back to their existing tax value over five years,” he said. “And they’re going to plug that into a bigger formula that basically shows how much money we can afford to borrow. The net is like $19 million and we need about $32 million.”

The city of Houston has committed to contribute $15 million toward the expansion, however, the funding will not be transferred to the TIRZ until 2020, De Leon said. Houston’s contribution to the project would help fund Phase 2, which expands the roadway from four to six lanes roughly between Russell Palmer Road and Woodland Hills Drive.

In addition, the TIRZ is also waiting for Houston officials to approve by ordinance the TIRZ’s annexation of the portions of the project that are in Montgomery County, De Leon said.

“Until the road is in our boundaries and until there’s funding, there’s no project,” he said. “The project isn’t delayed; it’s just when you’re going to build a $30 million project and borrow money, it’s just a complicated process.”