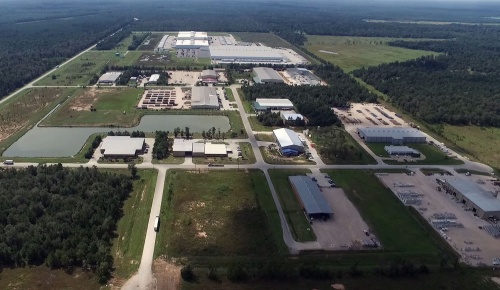 The industrial park—located on Gene Campbell Road between FM 1314 and FM 1485—is home to 16 companies, with seven additional companies with plans to build, EMCID Chief Communications Officer Kelley Mattlage said. Seven of these 16 companies are in the process of expanding or have plans to expand in the near future, she said.

The grant is funded by the Bipartisan Budget Act of 2018, with appropriated funds to the U.S. Economic Development Administration for disaster relief and recovery from 2017 natural disasters, including Hurricane Harvey, according to a Sept. 5 news release from the Department of Commerce.

“We’re fulfilling a need we see all the time with companies who’d like to move here but they need space right away; they don’t have 9 months to a year to build out themselves,” EMCID President and CEO Frank McCrady said via email.

The federal grant will pay almost all of the build-out costs for the 30,000-square-foot office building, with the EMCID matching the grant with $375,000 in local funds, according to the news release. The building will be subdivided into four areas for businesses to lease.

Construction on the building will break ground in October, Mattlage said. The new building will add 20-25 jobs to the area upon its opening, with the potential for further jobs in the future, she said.
SHARE THIS STORY