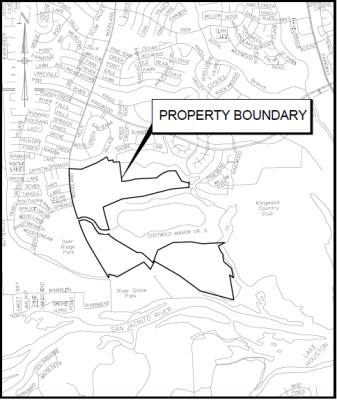 The Army Corps of Engineers is soliciting comments for a proposed 331.45-acre development that would fill in wetlands and streams near the West Fork of the San Jacinto River in Kingwood, which experienced significant flooding during Hurricane Harvey.

The Army Corps of Engineers is soliciting comments for a proposed 331.45-acre development that would fill in wetlands and streams near the West Fork of the San Jacinto River in Kingwood, which experienced significant flooding during Hurricane Harvey.

According to the public notice issued by the Corps, the development—which is being proposed by Houston-based company Romerica Investments—includes a 107.41-acre marina and resort district, along with a 136.93-acre residential development and additional land for commercial development and a Woodland Hills Drive extension.

According to project information from the Corps, the development site is just north of River Grove Park and west of Clubs of Kingwood, both of which sustained significant flooding during Hurricane Harvey.

Because of the widespread flooding Kingwood experienced during Harvey, many residents have expressed concerns regarding how this project could affect flooding in the area, Houston City Council Member Dave Martin said.

“If we flood again, then a lot of people are going to move out and what Kingwood is today will change forever,” Martin said.

Before the proposed project can advance, it has to go through a permitting process with the Corps because wetlands near navigable bodies of water—such as the San Jacinto River—fall within the federal government’s jurisdiction, said Elizabeth Shelton, regulatory project manager for the Corps’ Galveston district.

After the Corps receives a project proposal, it opens a 30-day public notice period when residents can provide input, Shelton said. The public notice for this project opened Dec. 27 and was extended to March 1 because of the partial government shutdown and public interest in the proposal.

Developers can fill in and build in wetlands; however, they must compensate for the wetlands they remove through mitigation, Shelton said. Different options for mitigation include creating or improving wetlands nearby.

Shelton said Romerica Investments is working to develop a wetlands mitigation plan for its project.
According to information from the Environmental Protection Agency, a permit may be approved as long as no realistic alternatives exist and water quality is not significantly affected.

In addition to the Corps’ permitting process, the development would have to meet the city of Houston’s flood plain regulations, which require structures within the 100- and 500-year flood plains to be built 2 feet above the 500-year flood plain, or land that is expected to flood once every 500 years.

Martin said Romerica Investments has not begun the city’s permitting process for its development—which is located within the 100-year flood plain.

Romerica Investments could not be reached for comment by press time.

Although the city and Harris County regulate development in the flood plains, local officials have been questioning the accuracy of existing flood plain maps since Hurricane Harvey.

The Harris County Flood Control District received a $6.5 million grant from the U.S. Department of Homeland Security in late September to begin remapping flood plains throughout the county. HCFCD Chief Operations Officer Matt Zeve said the county hopes to have all of the maps updated by 2023.

Martin said until the flood plain maps are updated, the city can only hold developers to the current regulations, which were approved after Harvey in April 2018.

In addition to being in the 100-year flood plain, the proposed development is located within wetlands, which have always naturally existed in the Greater Houston area, said Erin Kinney, research scientist at The Woodlands-based Houston Advanced Research Center.

As the Houston area has developed, many wetlands have been filled and paved over, which can contribute to flooding because wetlands naturally detain water, Kinney said. Additionally, the loss of wetlands cannot always be effectively mitigated, she said.

“It’s not just the people in a development who are going to be impacted by the decisions of a developer,” Kinney said. “It’s everybody around them and downstream and upstream.”

Along with the possibility of worsening flooding, the loss of wetlands also results in a loss of habitat for animals, Kinney said.

This habitat reduction concerns Kingwood resident Kenneth Develle, who said he goes on walks near the river and often watches birds and other wildlife.

“It’s less land for the animals that are there ... and once you take that away it’s gone,” Develle said.
SHARE THIS STORY