The city of Humble will soon hire an architectural firm to engineer and design the replacement for Humble Fire Station No. 2. Humble City Council unanimously approved the city negotiating a contract with Martinez Architects for the project at the May 13 City Council meeting.

The current second station is located at 501 Wilson Road and its replacement will be built at 1401 S. Houston Ave.—the land the Humble Senior Activity Center occupies. The 43-year-old senior activity center reportedly has asbestos and is set to be demolished this year, according to city officials.

Humble Fire Chief David Langenberg said via email the current station on Wilson Road poses several challenges for the department. It was originally built in 1974 less than a mile from the first station to be used as a storage garage for fire engines, but it was adapted into a station to offer quicker emergency assistance on both sides of the Union Pacific Corp. railroad tracks, he said.

As the city has grown in population and size, Langenberg said it is important for the two fire stations to be further apart to better serve the needs of the community. 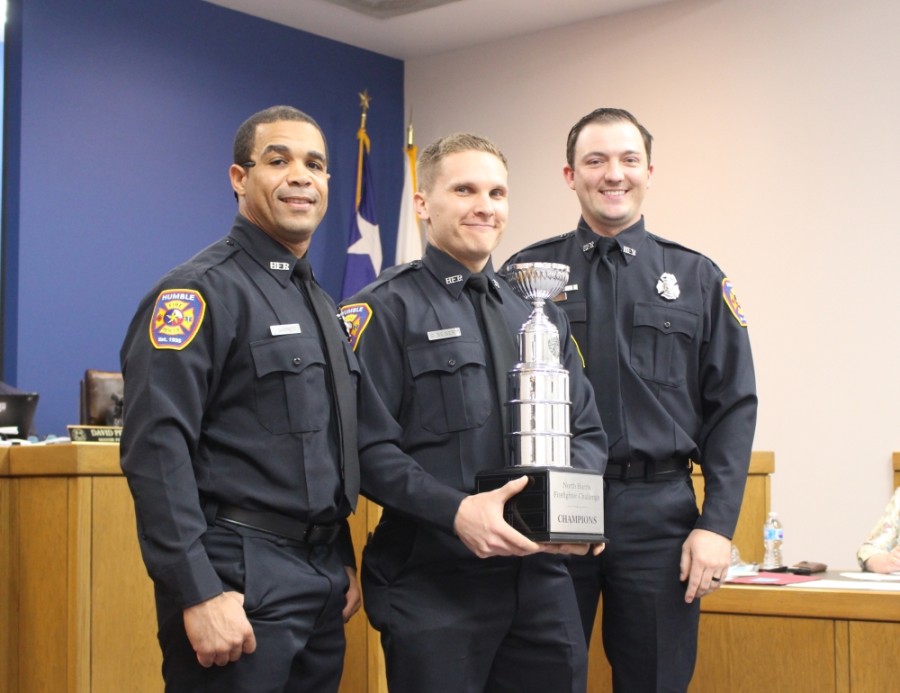 "In order to better serve the needs of the city and the citizens, we are moving the fire station much further south," he said. "This move will provide our citizens with quicker response times and better service."

The roughly $4.5 million project will be funded by a grant from the U.S. Department of Housing and Urban Development's Community Development Block Grant Disaster Relief program. The city began accepting bids for the project March 10, and five bids were submitted by April 9, according to the board agenda packet.

Humble City Manager Jason Stuebe said the city should be able to secure the architecture contract by June and break ground on the project late this year. The grant awarded to the city requires the project to be complete within two years of the grant award, Stuebe said.

The Humble Fire and Rescue Firefighter team was also recognized by City Council for its win at the third annual North Harris Firefighter Challenge on April 24, which was hosted by the Spring Fire Department. Langenberg said the timed challenge consists of an obstacle course and several strenuous physical activities.

The fire department entered as two teams, winning first place and second place out of 20 teams. Langenberg said the department will keep the trophy at the fire station until the fourth annual challenge next year.