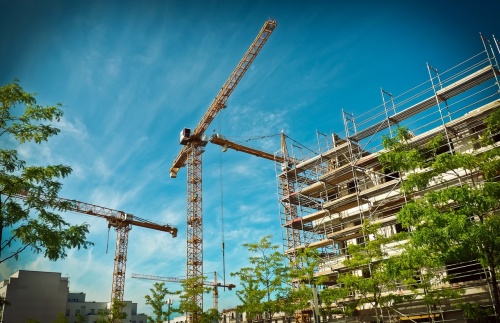 Alliance Residential recently acquired about 12 acres in Katy and will soon break ground on an apartment complex.

Two out-of-town developers recently closed on three tracts of land in Katy, and they plan to build about 1,000 luxury apartments in the next two to three years, a broker involved in the deals said.

Separately, Austin-based Oden Hughes bought about 12 acres near The Shoppes at Grand Crossing at the southwest corner of the Grand Parkway and I-10 from Dallas-based Trammell Crow Co. in late September, Dosch said. Earlier this year, Oden Hughes purchased another 26-acre tract of land north of Kingsland Boulevard near Cobia Drive in Katy that was previously owned by Chi St. Luke’s Hospital.

Dosch Marshall Real Estate represented Oden Hughes in both deals. The financial terms of the three deals were not disclosed.

Davis Development plans to start construction soon on luxury apartments totaling about 325 units, Dosch said. The first units should be available in late 2019 or early 2020, he said. Community Impact Newspaper was unable to reach a representative from Davis Development for more information.

Meanwhile, Oden Hughes recently broke ground on its two tracts and will deliver the first units in the first quarter of 2020, said Mac McElwrath, a managing director for Oden Hughes. Plans include three-story, garden-style apartments for both properties.

The tract near The Shoppes at Grand Crossing will have 330 units, while the parcel near Kingsland Boulevard will have 382 units in its first of two phases, McElwrath said. Both complexes will offer one-, two-, and three-bedroom options. Davies Collaborative is the architect for the units near The Shoppes at Grand Crossing, and Kelly Grossman Architects is the architect for the Kingsland Boulevard units. The general contractor is an in-house team.