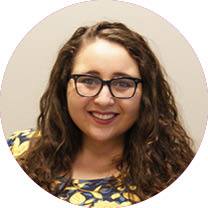 Katy City Council was presented with a list of policy changes to its animal control department at a special workshop held on Feb. 2. (Community Impact Newspaper staff)

Katy City Council was presented with a list of policy changes to its animal control department at a special workshop held on Feb. 2. The special meeting was called after residents expressed concern about the department’s practices after a resident claimed her cat was euthanized before the 72-hour minimum holding period and a series of videos allegedly taken inside Katy Animal Shelter were shared on social media.

At the workshop, Katy Police Department Chief Noe Diaz presented the council with a list of procedure revisions that were already in the process of being implemented, including:

Council Member Rory Robertson said he was “not pleased with” the presentation, citing his primary concerns as oversight and conflicts of interest.

“We know that the cat that has started this conversation, Jasper, was euthanized the next day,” Robertson said. “It is strictly in the rules that all cats and animals—licensed or unlicensed—will be held three days. They weren't following that—we know that. Now, with the only vet available in the city of Katy—the volunteer—is a close personal friend of [current animal control employees]. We know that.”

Robertson went on to say he felt the presentation was not properly addressing the public’s concerns.

“I was hoping we were going to move forward,” Robertson said. “I don't see this as moving forward. I see this as just a sugarcoat—‘Let’s just protect the current animal control officer.’”

Diaz said he could not comment on the alleged disregard for the 72-hour waiting period due to an ongoing investigation in response to a formal complaint.

Other council members expressed support for the revisions Diaz presented but discussed other improvements that could be made, such as extended hold times for animals at the shelter, body cameras for shelter staff and monthly meetings for the advisory board.

Katy resident Kay Sword said she supports making Katy a no-kill shelter—if it were financially plausible. Sword also said while she believes the shelter does need to make updates to its policies and that there is “work to be done,” she does not want her taxes raised.

“My greatest opinion is this: I want this to be the decision of the city residents,” Sword said. “And I don't want my taxes increased so that we can save animals that are not wanted. I'm not naive enough to believe increasing shelter days for animals will increase worker hours and increase veterinary bills—but will not cost us more money.”

According to the presentation, the Katy Animal Shelter was built in 2006 and has since been run by Animal Control Officer David Brown, the employee residents claim to be in the viral videos. In 2020, the department received 806 service calls with 210 animals brought to the Katy Animal Shelter. The shelter does not directly adopt out animals, according to the city of Katy website, but instead works with local and state nonprofits to take in animals to be fostered or adopted. According to the presentation, 88% of the animals brought to the shelter in 2020 were sent to homes or rehoming rescues.

Brown said while he could not comment on the allegations due to the ongoing investigation, he does believe the meeting was a good start in addressing the needs of the shelter.

“We do have a great facility, and it's just moving forward,” Brown said. “I've worked here for 15 years in the animal control department, and we've slowly got moved forward. We've, you know, asked for help—but now I think we're going to get a whole lot more help that we actually need and get some people in here to help us—volunteers and stuff like that—so we're just going to embrace it and move forward and more good things to come.”

Diaz said the department already has plans to continue improvements, including doing a review of intake programs available, discussing the installation of cameras at the shelter, and purchasing a new chip-reading device that can read from a distance and through plastic carriers.