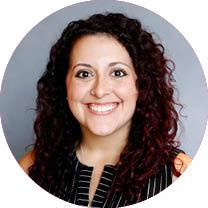 The KISD board of trustees unanimously approved the district’s fiscal year 2022-23 budget at the Aug. 22 board meeting, which included almost $1.19 billion in expenditures. (Courtesy Adobe Stock)

Katy ISD will hold a tax rate election Nov. 8 with the intention of upping the district’s teacher and staff compensation. The district also faces a $18 million budget shortfall that district staff said is in part due to compensation packages already passed in May.

The KISD board of trustees unanimously approved the district’s fiscal year 2022-23 budget at the Aug. 22 board meeting, which included almost $1.19 billion in expenditures—a 9% increase over last year’s budget. However, the budget only includes $1.18 billion in expected revenues—leaving an expected $18.01 million deficit, KISD Chief Finance Officer Christopher Smith said.

Of the shortfall, $11.92 million of it is in the general fund, which allocates money for expenses such as payroll, maintenance and programming.

District staff said the deficit is due to a 5% midpoint pay grade increase for classroom teachers and hourly employees as well as a 3% raise for other district staff, which trustees approved May 26. However, Smith said the raises were necessary to keep up with rising inflation and retain staff.

“I’m not losing sleep over this deficit,” Smith said at the meeting. “This deficit I don’t like, but the deficit is there because the school board did the courageous thing ... in salary increases because of the record inflation that’s happening all across the state. Our staff needed it, and that’s what put us in that position, and I think that was the right thing to do.”

In a phone interview, Smith said the district will offset this deficit by managing expenses throughout the year and underspending on budget items where possible.

Despite the shortfall, trustees also unanimously approved holding a voter-approval tax rate election Nov. 8—revenue from which the district plans to use to further increase teacher and staff compensation.

For a roughly $320,000 home in Katy, a resident would pay an additional $150 in school district property taxes annually if the election is approved, Trustee Victor Perez said. Without the VATRE, the district would have a compressed tax rate of $1.3048 per $100 property valuation—a $0.0469 reduction from last year’s tax rate.

“This is the only mechanism that we can really do to control revenue,” Smith said.

With the tax rate election called, trustees said they will spend the next few months determining exactly how the district would use the election's funding; although, they agreed the funding would be spent to retain and invest in staff.

“If we decide to go into the [tax rate election], we should really spend some time really putting a lot of thought into what’s the best way to use this money to create the most value for our No. 1 resource, which is the people, to make all this happen,” board President Greg Schulte said.

Correction: The original version of this article misquoted Trustee Victor Perez when he spoke about the average home value. This has been updated with the correct home value.