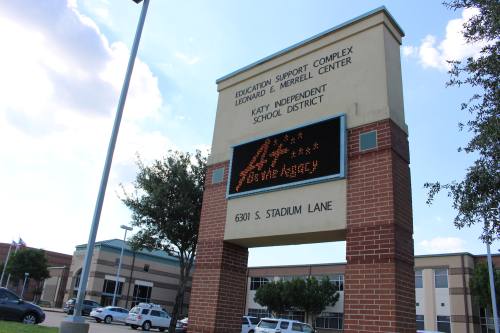 The KISD board of trustees May 29 approved a department staffing increase that includes two new positions: a staff attorney and a bullying prevention coordinator.

Katy ISD teachers can expect about $1,230 more on their paychecks next school year after the board of trustees approved a 2 percent salary increase at the May 29 meeting. The district also announced it will hire a full-time staff attorney and a bullying prevention coordinator. Here are the details on the items that were approved at the meeting:

Department staff increase approved
District officials approved a request to create 35 new positions over 14 departments to address growth for the 2018-19 school year. Two of the new positions include a staff attorney and a coordinator for bullying prevention and student support services.

"KISD has long been known for its excellence with regards to special education, which is why it's such a sought-after district for parents with children who have those needs," Graham said. "Of course, when you have those populations and with the number of children that we have, often times there is just a myriad of legal issues that are faced, which will require the expertise of special counsel to all of our campuses."

The staff attorney will work under the general counsel, and the coordinator for bullying prevention and student support services will work under the deputy superintendent. Deputy Superintendent Ken Gregorski said the bullying prevention coordinator position has been in the works for the last several months and that the district will leave no stone unturned in terms of finding the right person to fill it.

"We feel that this position will add value immediately coming to the district, and look at what we are currently doing in terms of bullying to strengthen our current practices and also add in new programs, design programs, coordinate programs, implement programs---everything in an effort for intervention of bullying within the district," Gregorski said.

Gregorski said the coordinator will work closely with the community through working with internal and external stakeholders, parents, community groups, faculty and staff.

Vierling has served as the principal of Seven Lakes High School for the last seven years and will work under the current Chief of Operations Lee Crews, according to KISD spokesperson Maria DiPetta.

Budget amendments approved
The board approved several amendments to its May budget, which included an $600,000 increase to its general fund expenditures for renovation of the Katy ISD Annex, and a $422,229 increase for additional expenditures due to damages sustained by Hurricane Harvey.

The amendments also included an increase in the proposed revenue budget, which included $105,464 from additional tax increment reinvestment zone revenue from increased property values and $11,650,000 in additional state Tier 1 revenue the district received for offering free and reduced lunch to all students during September and October 2017, post Hurricane Harvey.

The amendments created a net increase of more than $10 million in the district's fund balance for May. Despite this increase, KISD Chief Financial Officer Christopher Smith warned trustees during a May 21 work study the district's deficit could reach a high percent by the 2020-21 school year.

The KISD board of trustees will meet again for a work study Monday, June 18. The next board meeting is slated for Monday, June 25.